Can bacteria in the intestines cause joint pain? According to several studies, these microbes affect the immune system and trigger problems in other parts of the body. 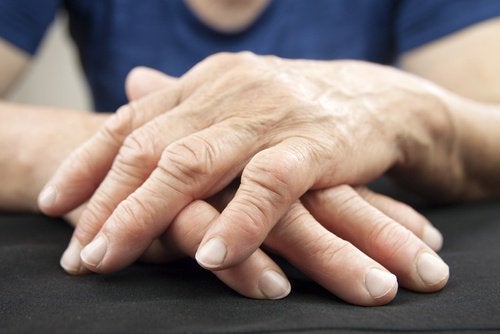 Rheumatoid arthritis is the deterioration of cartilage, which, as a result, causes inflammation and joint pain. Even though researchers have pinpointed a few risk factors that can trigger this health problem, experts are still not certain of the direct cause of this disease. In the search for an exact cause, a group of researchers has focused on a potential culprit that until now had never been taken into account: a link between joint pain and intestinal bacteria.

Recent studies have determined that bacteria in the intestines can cause joint pain, including the pain caused by rheumatoid arthritis. Moreover, they’re related to diseases that alter the functioning of the immune system, leading to other chronic problems.

In a 2013 study, Dr. José Scher, a rheumatologist at the New York University carried out research into this. He found that patients with rheumatoid arthritis were more likely to have a bacteria in their intestines called Prevotella copri than those not suffering from the disease.

In October of the same year he published more findings. He found that those with psoriatic arthritis have lower levels of important bacteria in their intestines.

This research is part of an effort by scientists around the world to understand and explain the role that the microbiome (the mass of microbes living in the gastrointestinal tract) plays in overall health.

They believe that the intestinal flora has over 1,000 different species of bacteria that together weigh between 2 and 6 pounds. In recent years, researchers have been trying to prove that these organisms have a lot to do with human health. Some trigger illness, while others protect the body.

You should read: Learn to Cure Joint Pain with Lemon Peel

Bacteria in the intestines affect the immune system

Veena Taneja, an immunologist at the Mayo Clinic in Rochester, Minnesota, has also carried out research on the subject. She affirms that “it’s becoming clearer with each study that these microbes can affect the immune system. They can also contribute to diseases outside of the intestines. Joint pain is linked to bacteria in the intestines.”

Researchers were surprised by the findings that intestinal bacteria influence the immune system much more than previously thought.

In recent decades, cases of autoimmune disorders have increased. Many microbiome researchers believe that modern lifestyle and the changes it has caused to the microbiome ecosystem are at least partly responsible for this problem.

Prevotella copri bacteria could be responsible for joint pain

These microbes influence the health of the intestines, where we find two-thirds of the body’s immune cells. During digestion, the gastrointestinal tract must contend with a constant influx of foreign microbes. They enter our bodies along with our food and drink.

To do their job, the intestines have developed an extensive immune system, which extends to other organs beyond the intestines. The immune cells that live in the intestine possess the ability to activate inflammatory cells throughout the entire body. This includes in the joints, hence the link between joint pain and intestinal bacteria.

According to José Scher, Prevotella copri bacteria can cause an immune reaction that later spreads to other tissues, causing pain in the joints. Another theory is the beneficial microbes become displaced, weakening the immune system.

This latest theory is one that most experts accept. A study has revealed that patients with high levels of Prevotella copri had reduced levels of Bacteroides fragilis. The latter is a beneficial bacteria that supports the immune system.

Read more: Watch Out for These 9 Dangerous Bacteria That Are Harmful to Humans

The results of this research have given rise to new research to create strategies to use bacteria as a treatment for immune diseases.

In fact, health experts are already recommending probiotics (good bacteria) to restore the intestinal flora. This can also treat health problems like acne, insomnia, and other problems that experts have linked to the health of the intestines.

Intestinal Bacteria Imbalance Leads to These 6 Problems
In a healthy individual, intestinal bacteria regulates digestion. Unfortunately, an imbalance can lead to a variety of physical and mental symptoms. Read more »
Link copied!
Interesting Articles
Did you know?
Why Do We Have Armpit Hair?