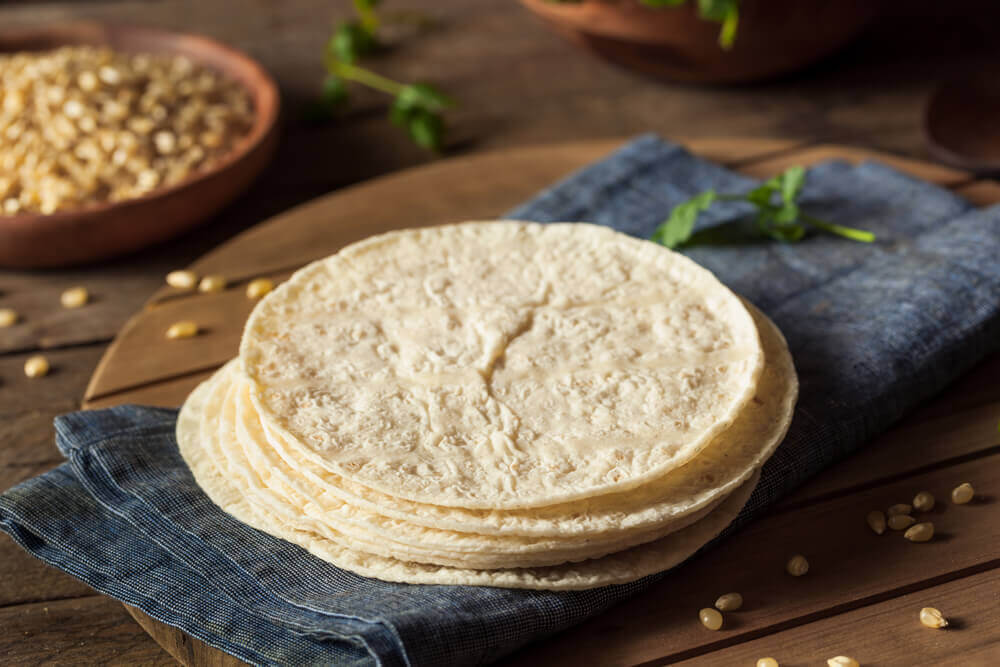 Although you might think that lard or butter give corn tortillas their thick consistency, if you swap it for oil, they will turn out just as great.

Flour tortillas are an essential part in many Latin American and U.S. dishes. They have a flat shape because they are not made with yeast, which is very similar to India’s roti. In the majority of Latin American countries, especially in Central America, they are used to prepare various traditional meals. In Mexico, flour tortillas are very widespread, while in mid-southern region, the people eat more corn tortillas.

You’ll find the origin of the flour tortilla in the 16th century during the Spanish conquest. The conquistadors introduced wheat to those countries. According to history, in 1542, the Spaniards couldn’t find the ingredients to make bread, which they had utilized for years.

The Spaniards in Sonora started to make what’s known as zaruki, a mix of wheat and water, which then developed into what we know as the flour tortilla. Since they are so easy to make, flour tortillas became a part of the Spaniards’ meals, especially the ones that explored the Californias in 1769.

Many years later, a meat-filled flour tortilla dish appeared in Mexico. This dish is called a burrito. In the United States, the flour tortilla is known as the main component in the traditional burrito, which is very popular in this country.

Read this article too: Try This Delicious Recipe for Homemade Guacamole

This food is classified as a grain due to the ingredients used to make flour tortillas. One portion of tortilla contains about 467 calories. To give you an idea, one portion is about 200 g of tortilla.

467 calories may seem like a lot, but in reality, compared to other grain, it has the least amount of calories. For example, rice cakes have 387 calories for every 100 grams. On the other hand, corn tortillas have 237 calories per 100 grams, so it’s actually less.

Although tortillas are made with lard, this doesn’t have any energetic content. Specifically, the nutrition in 100g of tortilla include:

The biggest concern of consumers may be the amount of fat they contain. However, it really isn’t that significant because 100 grams of flour tortilla is 11.7% of your recommended daily amount.

How to Make Flour Tortillas

Now you can follow this recipe to make flour tortillas. As much as you may hate lard, if you substitute it with oil, you really won’t get the same result. The quantities below will give you 24 tortillas.

Mixing the ingredients is so simple for this recipe. However, as you will probably find out, the secret for great dough is having the right touch because it will at least make it look great.

Mixing the ingredients correctly may require a bit of practice.

If you have leftover tortillas, store them in a towel to keep them fresh. If the tortillas are exposed to the air for too long, they could go bad. Go ahead and try making these delicious tortillas.

Feel free to share your own experience making tortillas, especially if you have found another way to make them.

Is there such a thing as a healthy, light, and flavorful cream cheese? Yes! There are many options, including labneh,…