Also referred to as intraosseous cannulation, this infusion technique is vital in emergency situations. However, it shouldn't go on for more than 24 hours. 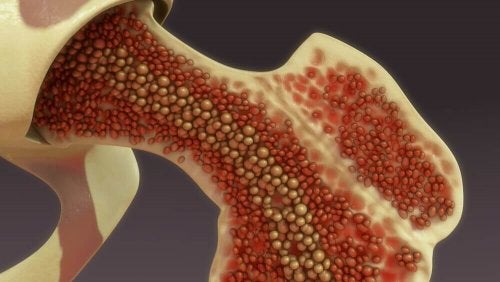 An intraosseous infusion is a form of vascular access reserved for emergency situations. Doctors use it to administer drugs and fluids to patients who may need them. Another name for it is intraosseous cannulation and it has many advantages. It’s still a little-known, unusual method though.

In this regard, doctors don’t recommend using it for more than 24 hours. After using it to replace an adequate volume of fluid, a professional will insist on separate venous access via a central or peripheral route.

Characteristics of an intraosseous infusion

There was a time when this technique was mainly used in children under the age of six. Doctors used it after three failed attempts to attain peripheral venous access.

However, thanks to medical advances, this procedure is now also effective in adults. In fact, they use it in critically ill patients of any age as long as doctors can’t establish a venous line in a timely manner.

The advanced trauma life support program recommends it for all patients who can’t take medication intravenously and before attempting to access a central venous route. The procedure is appropriate for both children and adults.

The justification for the use of intraosseous infusion lies in the fact that the medullary cavity of the long bones is a network of sinusoidal capillaries. These can drain to a large central venous route that can transport medication and fluids into the circulatory system quickly and effectively.

It’s very similar to how it would happen through any other peripheral vein. In addition, it won’t collapse, even if a cardiorespiratory arrest ensues. So, it’s a safe way to access the vascular system and it has a high rate of success.

You may be interested: Stem Cell Transplant Could Eradicate HIV

Establishing adequate vascular access is of fundamental importance to the patient in medical emergency situations.

The fact that the peripheral route often becomes inaccessible or that there’s a delay in obtaining peripheral access means a loss of resources and time under these circumstances. Thus, it makes the intraosseous infusion a lot more relevant.

The professionals who perform this procedure should know the kind of care every patient needs. They should also know what products they can administer with this method as well as the best placement technique.

This procedure opens a route towards blood circulation and this is why the post-care provided to patients with an intraosseous route is similar to the care applied cases of peripheral venous access.

A professional must be in control of the various symptoms, among them:

Likewise, the medical personnel must disinfect the area of the puncture every 5 hours in order to avoid infections. They must also record everything they do during the intraosseous infusion procedure in a nursing sheet.

You may be interested: What Are Stem Cell Treatments For?

An occlusive dressing is not recommended as it softens the skin. Likewise, keep in mind that this is a temporary technique and shouldn’t last more than 24 hours due to the complication rate.

In any case, the intraosseous infusion should be withdrawn as soon as possible and channel another venous route if necessary. However, some devices (FAST1) can lengthen its use for up to 72 hours, without posing the same risks.

We must mention that there are few complications and that most are secondary and due to a defective technique. Therefore, the work of professionals is essential for the proper use of this method.

Finally, the nurse must apply antiseptic before removing the catheter. Then, they must compress it with sterile gauze for five minutes. Keep an eye on it for at least a few hours after withdrawing it.

Blood Transfusions – Purpose and Procedure
Blood transfusions are one of the pillars of current medicine because the procedure saves many lives by replacing the blood a person may have lost. Read more »
Link copied!
Interesting Articles
Treatments
Pharmacological Treatment of Ear Infections