How to Respond to a Cardiac Emergency

Knowing how to respond to a cardiac emergency while waiting for medical help, whether it's a myocardial infarction or sudden cardiac arrest, can be the deciding factor in how it ends. 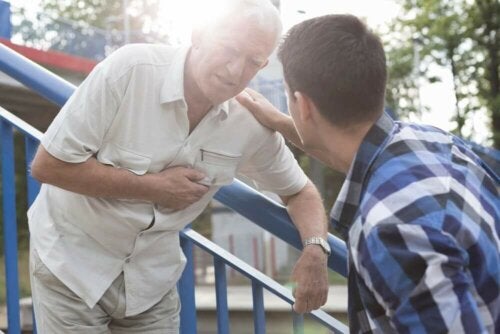 A cardiac emergency can happen at any time and in any place. It’s good to learn about them and their risks, but in general, these are events almost impossible to anticipate.

With the fast pace of life in today’s world, most people spend a majority of their time at work. Therefore, the chances of these episodes taking place at the workplace are quite high.

Find out if Women and Men Experience a Heart Attack Differently

A heart attack happens when the flow of blood to part of the heart is reduced or completely interrupted due to, in most cases, the rupture of plaque in the coronary arteries.

They can also be caused by a clogged blood clot or a spasm of a coronary artery. Heart attacks do not necessarily mean that the heart stops beating.

The main symptom is a sudden and very intense pain in the chest, which can spread to other areas of the body such as the arms, shoulders, jaw, and neck.

There may be other symptoms, such as:

It’s important to keep in mind that the symptoms are not the same in all cases. Sometimes, heart attacks occur without the affected person perceiving some of these warning signals, or they may confuse them with something else and ignore them.

Sudden cardiac arrest occurs when the heart is completely and suddenly paralyzed. The brain and the rest of the organs of the body are deprived of blood flow and oxygen.

Often, sudden cardiac death is so sudden it does not give the person time to get help.

Only in a small number of cases does the person notice dizziness before fainting.

First aid for a cardiac emergency

The faster you act, the more positive the outcome is likely to be. For sudden cardiac arrest, an even quicker response is necessary. For every minute that passes, the chances of survival decrease by 10%, so after 10 minutes they’ll be at zero.

If the people around the affected person don’t act and just wait for an ambulance, the chances of a tragic outcome go up to 95%.

Note: to learn how to act in case of a cardiac emergency at home, you can consult the recommendations of the experts of the Spanish Heart Foundation.