How to Strengthen Antimicrobial Resistance

Antimicrobial resistance is increasing at a rather fast rate. This is mainly due to ineffective infection prevention and inappropriate use of antibiotics. 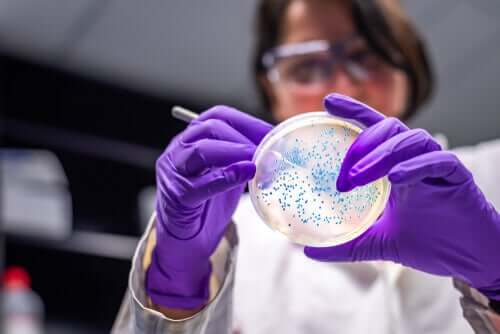 Antimicrobial resistance is one of the most disturbing problems in the world today. This is because infections are increasingly becoming resistant to antibiotic treatment at a rather fast pace.

Estimates indicate that this kind of resistance is growing exponentially. This is largely due to the misuse of antibiotics, which people often overuse. We’ve reached a point in which many treatments against bacteria are no longer effective.

This situation is dangerous as we’re increasingly becoming defenseless against various infectious diseases. Furthermore, we require individual, collective, and governmental actions to keep the problem from getting worse.

It’s the mechanism by which bacteria reduce the action of attacking agents. It’s a process of natural selection and genetic adaptation by which these microorganisms overcome certain drugs.

In addition, antimicrobial resistance occurs when the concentration of an antibacterial is four times lower than the Minimum Inhibitory Concentration (MIC). In other words, when the bacterium has a fourfold increase in its ability to neutralize its attacker.

Types and mechanisms of antimicrobial resistance

There are two types of antimicrobial resistance. One is natural; that is, it’s part of the very nature of bacteria. The other one happens when genetic mutations that repel antibiotic substances take place. Such mutations are passed down to other bacteria, including those of other species.

There are several mechanisms of antimicrobial resistance:

The first strategy to avoid antimicrobial resistance is to prevent infections. One can largely achieve this through basic actions such as frequent hand washing, cooking food properly, avoiding contact with infected people, having safe sex, and staying up to date with vaccinations.

At this point, it’s important to note the importance of proper hygiene when cooking. The World Health Organization (WHO) points out five keys to do so:

Likewise, it’s important for people to only take antibiotics when prescribed by a doctor and not to self-medicate. They must also follow professional’s instructions regarding schedules and doses.

It isn’t advisable to interrupt the treatment even if you feel better. There’s a risk that more resistant bacteria may develop if you don’t take the prescribed amount of drugs.

Agricultural workers should use antibiotics on animals only under the strict supervision of a veterinarian. This is because the inappropriate use of these drugs in agriculture or animal husbandry is one of the main causes of antimicrobial resistance. It spreads to the environment and to humans through the food chain.

Health personnel should also take extreme control measures in this regard. Researchers detected that doctors prescribe 50% of antibiotics for viral diseases, despite the fact that they shouldn’t. In fact, they should only prescribe antibiotics if there’s a certainty that these are absolutely necessary.

Government authorities and independent institutions should remain vigilant to an outbreak of infection and determine whether it’s resistant to antibiotics ASAP. It’s also essential for them to inform and educate their citizens on the best way to prevent infectious diseases.

It’s necessary for researchers and the pharmaceutical industry to join forces in order to intensify studies on this subject. The whole world should support research on this since much of our well-being and future depend on it.

Link copied!
Interesting Articles
Medication
4 Types of Injections You Should Know About