Group B Strep Positive and Pregnant

Informing your doctor about the existence of a group B strep positive diagnosis will help them create an educated plan for you to take to reduce any risks for your baby. 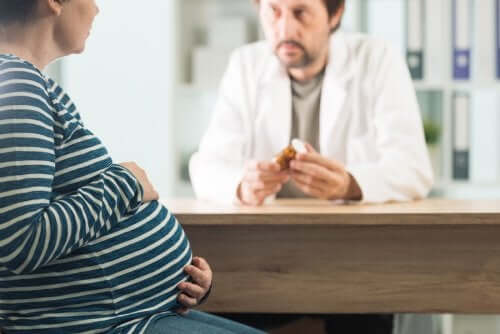 Vaginas have microbiota (flora). Its function is to safeguard you from the germs in your body that lead to infections such as group B strep (GBS), also known by its name in Latin: Streptococcus agalactiae.

Streptococcus is usually asymptomatic, so we wouldn’t know it if we had it. However, in certain situations, such as during pregnancy, you should make an effort to detect its existence to help prevent your future baby from becoming infected.

Follow-up tests are performed during pregnancy to assess a healthy, low-risk one for both mother and baby. Within them, there are blood tests, ultrasound, and the “positive rapid strep test.”

Pregnancy monitoring in the first two trimesters focuses on the proper development of a baby and the general state of health of the mother. In the third trimester, many of the tests direct towards the birth process and provide the most information to reduce risks.

Around week 35, you’ll make an appointment with your midwife or obstetrician so they can assess your state of health and to do a positive strep test.

To detect the presence of the bacteria, the doctor will take a sample of your vaginal discharge with a swab –a cotton bud finished in cotton tips. This technique is quick and painless.

Also read: Illnesses During Pregnancy that Every Woman Should Know About

Reducing the Risk of Group B Strep

Group B strep is part of the normal flora of your gastrointestinal tract. It can sporadically colonize your vagina or urinary tract. Also, approximately 15% of pregnant women are carriers.

It’s not possible to prevent the appearance of positive group B strep. As we said above, it’s part of the vaginal microbiota and it means the organism doesn’t usually identify it as a pathogen (harmful to the body).

However, in certain situations, like pregnancy and childbirth, you must remain extremely vigilant.

Newborns usually contract the bacteria at the time of delivery and it poses a huge risk of infection. Health professionals have resources and protocols to reduce the risks of infection. Because of this, carriers must report the situation upon arrival at the hospital.

The result takes about a week and will reach the consultation of the healthcare professional who did the test. It’s important to have a strep test result before going to the hospital at the time of delivery.

You may be interested: Should I Have a C-Section or Vaginal Delivery?

The positive rapid strep test, together with other parameters, will inform your health team of any conditions you may have prior to delivery. Detection of positive streptococcus is one of the last tests to be performed prior to delivery.

You should bring along your pregnancy tracking sheet every time you go to the hospital. This is a sheet in which health professionals write down the results of all the tests they’ll need to perform. There’s a section in with the acronym GBS that stands for group B strep. As a result, they’ll write down if the test result was negative or positive.

When confronted with a positive result, an action protocol must ensue. These action protocols are designed by each hospital according to their clinical practices.

The most frequent protocols include:

Thus, the main objective of a follow-up and a protocol is to reduce possible risks of infection for the baby. Knowing the results of the tests facilitates this.

How to Prevent a Neonatal Infection
Prevention is the key to preventing a neonatal infection such as sepsis, which can be lethal to a baby. Read more »
Link copied!
Interesting Articles
Pregnancy
Risks of a High Sugar Diet During Pregnancy