Glycerin Suppositories: How Do They Work?

Glycerin suppositories are indicated for relieving symptoms of temporary and occasional constipation for adults and adolescents 12 years of age and older. 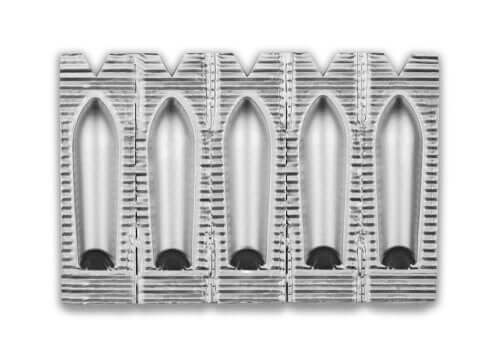 Generally, people use glycerin suppositories to solve occasional constipation. Doctors recommend them to treat this condition because they act quickly and directly.

Glycerol is the active ingredient in glycerin suppositories. It’s a substance that exerts its laxative action when administered rectally. This effect is achieved because when the suppositories are administered, the stool softens and produces a mild local irritating effect, stimulating intestinal peristalsis.

How do glycerin suppositories work?

As we mentioned, the effect of glycerin suppositories is due to a two-fold action:

Glycerin suppositories take effect from 15 minutes to an hour after their application. Furthermore, your body doesn’t absorb glycerol it’s almost entirely eliminated with the feces.

In general, constipation is when the frequency of passing stools decreases. Constipation is a symptom that means that intestinal transit is decreased for some reason.

Constipation affects more women than men, especially women between the ages of 20 and 35 and after the age of 60.

Depending on how long it lasts, constipation can be classified into two types:

Chronic constipation can be related to situations that are similar to those of occasional constipation but that lasts longer. However, other times, it’s due to digestive problems and certain diseases.

You may also be interested in: Three Foods with Laxative Properties to Combat Constipation

Do glycerin suppositories have side effects?

If you use glycerin suppositories in excess or for long periods of time, they can cause irritable bowel syndrome. In addition, you can sometimes experience symptoms such as itching, stinging, and irritation in the rectal area.

However, the use of glycerin suppositories is contraindicated if you’re allergic to glycerol. You also shouldn’t use them if you have hemorrhoids, symptoms of intestinal obstruction, appendicitis, or other intestinal diseases.

What are the advantages of using them?

There are three main advantages of using glycerin suppositories:

In general, the usual dose in adults is one suppository a day, and you shouldn’t use them for more than 6 or 7 days in a row.

Read also: Mango for Constipation: The Benefits and How to Prepare It

Glycerin suppositories have some contraindications, among which are the following:

In addition, the use of glycerin suppositories is contraindicated when you have a condition that carries a certain danger if intestinal peristalsis is stimulated.

You should only use Glycerin suppositories occasionally

Glycerin suppositories allow you to alleviate the problem of occasional constipation directly and quickly. However, before starting constipation treatment, you should try to alleviate it by modifying your habits.

Finally, it’s important to remember that suppositories don’t solve the root of constipation. They only relieve the symptoms quickly and temporarily. Therefore, don’t hesitate to consult your doctor if you suffer from constipation regularly.

Medication
What Is Precision Medicine?

Precision medicine is a very modern medical approach that seeks to offer each patient a completely personalized treatment, based on the recognition of their particular genetics. Ultimately, this perspective goes…