We know that there's a direct relationship between gastric or duodenal ulcers and infection with the bacteria Helicobacter pylori. 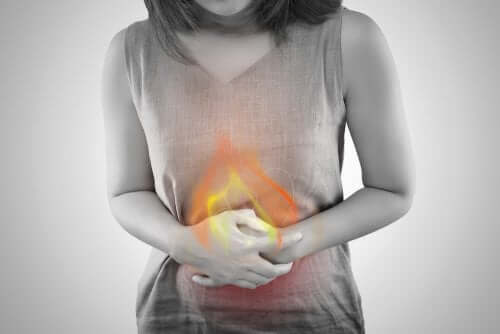 Gastric ulcers are erosions or wounds that appear on the lining of the stomach. When the erosions occur in the upper part of the small intestine, we call them duodenal ulcers.

What causes gastric and duodenal ulcers?

On the other hand, we know that there’s a direct relationship between gastric or duodenal ulcers and infection with the bacteria Helicobacter pylori. In fact, the characteristic spiral morphology of this bacterium facilitates its penetration into the gastric mucosa, adhering to it and producing toxins that cause inflammation and the appearance of ulcers.

It’s estimated that approximately 50% of the world population may be infected with H. pylori, although only 15% of people infected with this microorganism will develop a gastric or duodenal ulcer throughout their lives.

Read more: Watch Out for These 9 Dangerous Bacteria That Are Harmful to Humans

The most common symptoms related to gastric and duodenal ulcers are the following:

You can also experience an asymptomatic ulcer, where the discomfort is not as characteristic and is only diagnosed when more serious complications occur such as:

How do you diagnose it?

The diagnosis of gastric and duodenal ulcers is made based on the patient’s medical history, the characteristic symptoms they show, a physical examination, and any additional tests the doctor considers appropriate.

For diagnosis, doctors usually focus on visualization of the ulcer and detection of Helicobacter pylori bacteria.

What does the treatment consist of?

Treatment is focused on relieving symptoms and reducing pain with pharmacological options.

The treatment to eradicate this microorganism consists of using a proton pump inhibitor to reduce acid secretion in combination with antibiotics that kill the bacteria.

You’ll take it for a few days and repeat the breath test after that, which will confirm if the infection has disappeared.

Treatment of complications from peptic ulcers such as bleeding or perforation requires finding the bleeding ulcer by endoscopy and cauterizing the hemorrhage. In the case of perforation, the patient will require urgent surgical intervention.

The prevention of ulcerative diseases is in your hands. Not abusing non-steroidal anti-inflammatory drugs, caffeine-rich drinks, avoiding tobacco, and eating a healthy diet reduce the risk of developing gastroduodenal ulcers.

6 Foods You Should Eat if You Have Stomach Ulcers
These alkalizing and anti-inflammatory foods can help improve your health in the case of stomach ulcers. Their consumption is an excellent complement. Read more »
Link copied!
Interesting Articles
Illnesses
Characteristics of Henoch-Schönlein Purpura Disorder