The Differences between Dementia and Alzheimer's

Dementia and Alzheimer's are two terms that are widely familiar. However, not everyone knows their meaning. We'll explain the differences below. 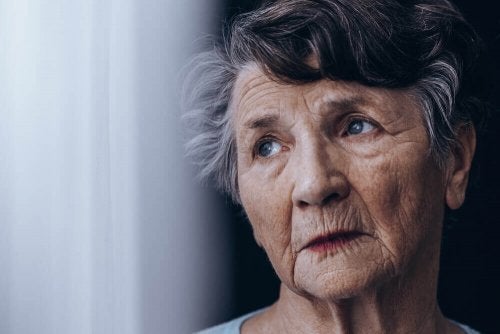 Did you know that dementia and Alzheimer’s are different diseases? However, it’s true that there are symptoms of dementia in both. In this article, we’ll take a look at the similarities and differences between the two.

Dementia is the loss of cognitive functioning including thinking, remembering, and reasoning.

It also includes the loss of certain behavioral abilities to such an extent that it interferes with a person’s daily life and activities. Such functions include memory, language skills, visual perception, problem-solving, self-management, and the ability to focus and pay attention.  Other significant functions affected by dementia are task planning and execution, abstract thought, emotional regulation, and resistance to fatigue.

Often, people with dementia can no longer control their emotions and their personalities often change. They simply become different people.

Dementia ranges in severity from the mildest stage – when it’s just beginning to affect a person’s functioning – to the most severe stage, when the person must depend completely on others for the basic activities of daily life.

There are multiple possible causes of dementia. Among them are Alzheimer’s, vascular diseases and other diseases of the central nervous system.

Now, we’ll proceed to define these two diseases to clarify the distinction between them.

Dementia is not a concrete disease, but a set of symptoms that include the impairment of memory and other reasoning capabilities. These symptoms are severe enough to interfere with a person’s daily routine.

Dementia, as such, may be caused by various diseases. Thus, it may stem from Alzheimer’s or vascular disease or a condition of the central nervous system.

Dementia appears mainly in the elderly. However, according to  specialists, dementia can affect people of any age.

You may be interested: Depression in Senior Citizens: How to Detect it in Time

Alzheimer’s is another type of dementia. However, it’s characterized by loss of neurons. Consequently, it involves the loss of synaptic density (synapse refers to the connection between two neurons).

In addition, various substances, such as amyloid material, lodge in the nervous tissue when a person has Alzheimer’s. Alterations in neurotransmitters also occur, causing the cerebral cortex to atrophy.

The Location of the Disease

Dementia, on the other hand, may be cortical or subcortical. In addition to affecting the above functions, it could also affect the functions governed by the subcortical brain layer. These include psychomotricity, emotions, slowness, apathy, and memory loss.

There are also two circumstances that are characteristic of subcortical dementia:

In addition, practically all forms of dementia change as they evolve.

Discover: 6 Brain Health Enemies that You Should Take Out of Your Diet Right Now

The clinical picture of Alzheimer’s progresses for approximately 5 to 10 years.

Furthermore, it develops in stages:

On the other hand, vascular dementia develops due to transient ischemic accidents (TIA). This means that the damage is cumulative and the evolution is intermittent. Abrupt decreases of the superior functions of the brain followed by stabilization periods occur.

Meanwhile, other types of dementia are due to more specific diseases of the nervous system. Thus, how they progress often depends on their cause.

Overall, Alzheimer’s is a disease that progresses slowly. However, dementia can evolve gradually (if it is, in fact, Alzheimer’s), in an intermittent fashion (if it’s causes by vascular disease), or depending on the specific diseases of the nervous system.

Finally, the Alzheimer’s type of dementia tends to more women than men. However, dementia affects men more if the cause is vascular.

Currently, there’s no cure for dementia or Alzheimer’s. However, there are treatments for symptoms. Research continues. Although current Alzheimer’s treatments cannot stop it from progressing, they can temporarily slow down symptoms and improve the quality of life of those afflicted with the condition and for their caregivers.

Fortunately, there’s a worldwide effort underway to find better treatments for these diseases, delay their onset, and prevent them overall.

The Golden Age: Finding Inner Balance And Peace
In order to be happy and to offer happiness, you first must find inner balance. You need to reach a state where you focus on your own personal enrichment. Read more »
Link copied!
Interesting Articles
Illnesses
Joan Massagué and the Origin of Cancer Metastasis