Although Alzheimer’s and Parkinson’s diseases are the most well known, there are other types of dementia that are equally devastating, and people should learn about in order to understand and prevent them. 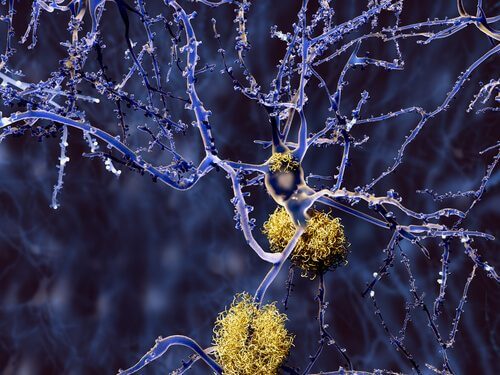 The changes in the brain that cause Alzheimer’s disease aren’t yet well understood. This lack of information might be why people mistakenly relate different types of dementia to this disease.

Today, we’d like to clear up some of the confusion.

Some facts about Alzheimer’s

The first symptoms of Alzheimer’s are well known: difficulty remembering names and recent conversations. However, as the disease progresses, such signs also worsen.

Subsequent symptoms include difficulty communicating, changes in behavior and judgment, and even trouble when eating or walking.

A person’s risk level for Alzheimer’s and other types of dementia is often considered bad luck with respect to genetics in most cases.

Alzheimer’s isn’t the only cause of dementia, but it is the most common one. That might be why it gets confused by nearly everyone.

Do you want to know more? See: Exercises to prevent Alzheimer’s

Now that we’ve told you a little about Alzheimer’s disease, we want to talk about other types of dementia that are often confused with it:

This involves reducing blood flow to the brain due to a clot or a blockage of blood vessels.

Among the types of dementia, this one can cause strokes. Its most common characteristic is difficulty planning and organizing.

Take care of your heart health. You should avoid any hardening or obstruction of blood vessels. This means keeping your cholesterol and blood pressure stable.

Plus, the same care will also help you avoid getting diabetes.

Lewy bodies are made up of a protein known as alpha-synuclein that form in the area of the cerebral cortex. They result in memory loss and difficulty thinking.

Of the types of dementia, this one is the most similar to Alzheimer’s.

However, where they differ is that the former causes disturbances in sleep, hallucinations, and muscular rigidity. Thanks to this, the effects also resemble Parkinson’s disease.

When patients with dementia with Lewy bodies go to a familiar place, they may feel lost because they’ve forgotten those sites that they once knew well.

Once a person reaches the advance stages of dementia, they may become lost just looking for the bathroom or even their own bedroom.

Keep your brain active to avoid this problem. Learn to speak a new language, get to know the history of new places, or do some research on foreign cultures.

High educational levels and stimulating your brain with hobbies can help prevent the symptoms.

When the alpha-synuclein clumps that we talked about above collect in a part of the brain known as the substantial nigra, they damage the nerve cells that produce dopamine.

Specialists believe that this is when problems form that are associated with movements, which is a characteristic of Parkinson’s disease.

It’s also accompanied by tremors and having to move very slowly.

The worrisome thing about Parkinson’s disease is that no known cause has been determined yet to help people prevent this type of dementia.

When there is degeneration in the nerve cells of either the frontal or temporal lobe of the brain, it’s known as frontotemporal dementia. This can cause changes in personality, behavior, and communication skills.

People who suffer from this type of dementia may become impulsive. They may make large purchases without consulting their spouse, for example.

Unfortunately, this type of dementia has no medication to control it. Therefore, it’s important to adopt a healthy lifestyle to reduce injury or possible strokes.

Don’t forget to read: How we age by gender

After all that we’ve talked about so far, to make matters worse, a person could also have a blend of different changes in their brain at the same time.

This is known as mixed dementia, which is typically a combination of vascular dementia and Alzheimer’s disease.

It’s best to keep your brain active and avoid any of the risk factors. It might sound complicated, but it is possible.

6 Good Habits that Reduce Your Risk of Dementia
Did you know that healthy relationships are critical to preventing dementia and reducing its effects? To maintain your network of friends and increase the benefits, try doing some kind of physical activity together. Read more »
Link copied!
Interesting Articles
Illnesses
Children with Autism: 4 Important Exercises