Cryolipolysis is a procedure that's already widely accepted, thanks to its effectiveness and the low risk involved. It allows you to reduce fat in specific areas of the body, permanently, as long as you maintain a healthy lifestyle. 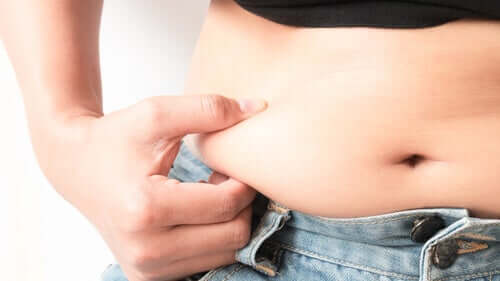 Cryolipolysis is a procedure to remove localized fat from the body when diet and exercise aren’t enough to achieve this. It’s particularly indicated for those who have adiposity but don’t show a high level of excess weight.

Cryolipolysis is currently one of the most widely used methods of shaping the body. It stands out because it’s a non-invasive procedure that uses only cold and a vacuum system to achieve its purposes. Also, it’s remarkably effective.

This procedure must be done in a specialized center and with highly qualified personnel. Although it doesn’t involve risks or have side effects, it requires knowledge and expertise to be done properly.

Cryolipolysis is a non-invasive dermatological procedure to remove excess body fat by applying cold. It has been proven to be highly effective in reducing fat layers without damaging the skin or surrounding tissues.

Scientists from Massachusetts General Hospital and Harvard University in Boston (United States) developed this method. The objective of this treatment is to destroy fat cells, or adipocytes, lowering their temperature until they decompose and are eliminated.

The procedure is not indicated for obese people, but for those who have fat accumulated in specific areas of the body. People mainly use it on the abdomen, legs, hips, and knees. The specialist removes fat in small amounts over a relatively long period of time which can last from two to five months.

Cryolipolysis was created as an alternative method for liposuction and laser lipolysis. It has similar effects but is much safer. The method is not effective in sedentary people or those who eat an unhealthy diet.

How does cryolipolysis work?

Fat cells have a large number of fatty acids and this makes them very sensitive to cold. When they’re frozen, they become crystallized, or ‘dead’, so to speak. Then, they gradually perish and your body eliminates them through the urine.

If you maintain a proper diet and exercise regularly, fat won’t accumulate in the treated area again, since adipocytes don’t reproduce spontaneously. Therefore, this method is very effective as long as you meet those conditions.

The treatment is painless since the cold numbs the treatment area. Scientists estimate that in a single session, between 15 and 40% of the treated area can be removed.

You’ll start to notice the first changes three weeks after the first intervention. Doctors can only treat one area at a time and the number of sessions depends on each person’s body.

You may be interested in: What Do Successful Diets Have in Common?

Before carrying out cryolipolysis, a specialist must determine if the treatment is appropriate for each person’s particular case. During the assessment, they’ll measure the fat build-up to establish the temperature range they’ll use.

Each cryolipolysis session lasts between one and two hours. You don’t need anesthesia and you can sit down during it. Also, you don’t need to hold still while the procedure is done.

Typically, the procedure takes between one and three sessions, with one-month intervals between one session and the next.

Cryolipolysis has great advantages over other procedures, starting with the fact that it doesn’t require anesthesia and doesn’t involve incisions or the use of needles. Likewise, it doesn’t damage the skin and allows a quick recovery after each session. Furthermore, the results are permanent (with proper care).

The side effects of this procedure are minimal. Basically, they include redness of the skin in the treated area and a feeling of tightness after finishing each session. Only in a few cases is there bruising, tingling, numbness, or cramps.

As we noted above, this procedure isn’t suitable for obese people or those with large accumulations of fat. Doctors also don’t recommend it for pregnant or lactating women, patients with chronic conditions, or minors.

Finally, experts advise not to get this procedure during menstruation.