What is Cotard's Syndrome?

Often, those who are afflicted by this syndrome can also present suicidal behaviors: believing that they have already died, that nothing seems to matter anymore, or they consider themselves immortal 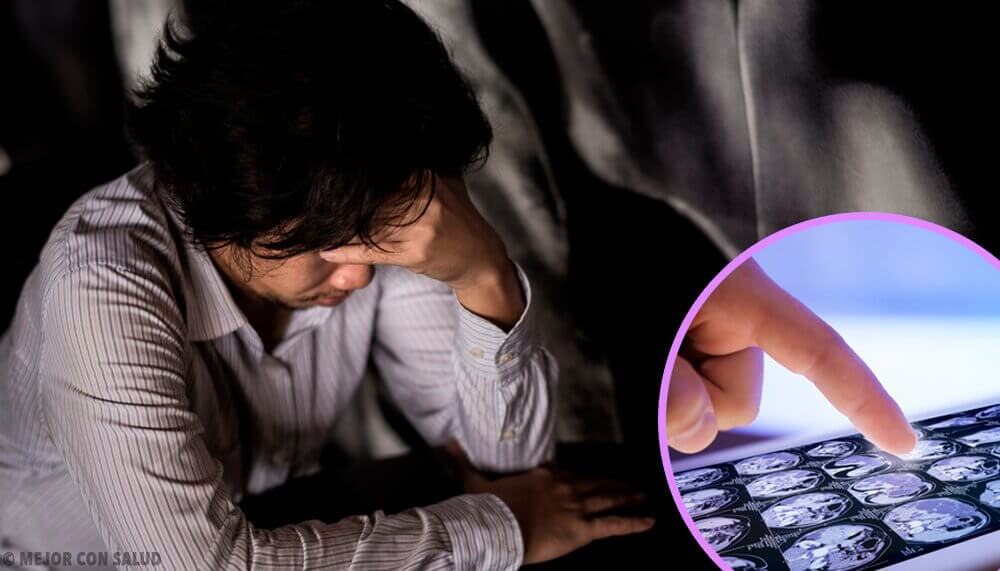 Cotard’s syndrome is a mental disorder in which the person thinks that she or he is dead without being so. It’s a type of delusion that is also known as nihilistic delusion or denial.

It is very rare, but some cases have been documented over the years.

Those who suffer from Cotard’s Syndrome deny that their body exists and that they have nerves, a brain, blood and internal organs as well as other parts of the body.

They think that they live in an improbable and fictitious way. They may even think that they suffer from the putrefaction of organs and are able to hallucinate the smell of decomposition.

Some facts about Cotard’s syndrome

Characteristics of the syndrome

The individual usually suffers from an alteration in the intensity of his emotions. In general, he or she loses vital energy and is dominated by negativity. This may give way to Cotard syndrome.

In addition, there is also hyperactivity in the amygdala, damage in the temporoparietal lobe, inhibition in the left prefrontal part of the brain, among other aspects.  Likewise, there may be a reduction of dopamine in the brain’s receptors.

The syndrome gets its name thanks to the French neurologist Jules Cotard, who was the one who discovered it. The discovery was made after several patients with psychiatric disorders showed the delusions that characterize it.

The first patient J. Cotard attended was a 43-year-old woman. She was certain that she had “neither a brain nor nerves nor a chest nor entrails, only skin and bones.” The patient, presented at a conference in the city of Paris in 1880 under the pseudonym Mademoiselle X, denied the need to nourish herself. She also believed that she was eternally condemned, since she could not die of a natural death.

However, it’s important to note that the case presented by Dr. Cotard was not exempt from criticism and skepticism by the scientific community of the time.

There are many symptoms that come with this disorder, including:

Remember, before being documented by Dr. Cotard, these symptoms were associated with human behavior disorders. Many scientists associated them with culture, religion, ethnicity, or any other element outside of the established moral and health standard of the age. This is an important fact.

Description of the pathology in patients

This is a delusion that’s typical of the most severe (psychotic or delusional) depressions. However, it can also occur in other severe mental illnesses (dementia with psychotic symptoms, schizophrenia, psychosis due to medical or toxic diseases).

On the other hand, it’s important to note that patients come to believe that their internal organs have completely stopped functioning. They believe that their intestines do not work, that their heart does not beat, that they do not have nerves, blood or a brain, and even that they are rotting. As a result, they begin to have some olfactory hallucinations that confirm their delusion (unpleasant smells, like rotting flesh); they may even feel that they have worms sliding on their skin.

These kind of diseases are not easy to treat, and less so when the diagnosis involves elements of other already classified and less controversial diseases.

However, here are a series of steps that doctors apply depending on the complexity and situation per individual:

Etiology or classification of the disease

Cotard syndrome is a disease of neurological-mental character, treatment and  specialization. Its few diagnosed cases and the controversy between dementia and a delusion-disorder is what makes it a tremendous abyss for professionals in this medical discipline.

The Damaged Psyches of Abused Women
Although abuse is unacceptable in any form, psychological abuse is sometimes more dangerous than physical abuse. Abused women can suffers for years. Read more »
Link copied!
Interesting Articles
Illnesses
The Connection Between Erectile Dysfunction and Diabetes