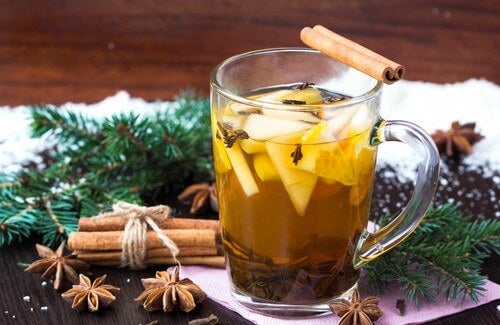 In today’s article we’ll be looking at how you can use cinnamon to reduce cholesterol and glucose. It is an excellent alternative remedy, and will effectively help reduce these important levels in your body.

How does cinnamon reduce glucose levels?

Cinnamon is a very common spice in kitchens around the world. The majority of pastries, cakes, and even some smoothies use cinnamon. It is also highly recommended in natural medicine for different health treatments.

A while back there was a study on 70 people with type 2 diabetes. The researchers added 6 grams of cinnamon to the patients’ daily diet for 40 days. At the end of the study, there was an average decrease of 29% among the patients.

You can use cinnamon to reduce cholesterol, and especially “bad” cholesterol. This was proved in the same study that was carried out on diabetes. In this same study with people with high cholesterol they achieved  7-27% reduction in cholesterol levels.

How should cinnamon be consumed?

Cinnamon is a spice that you can consume in several different ways.  You can add it to cakes, drinks, or simply make an infusion to drink a delicious tea.

In order to do this, the first step is to boil one cup of water and then add cinnamon sticks, or 1 Tbsp. of cinnamon powder. Then cover it and let it sit for a few minutes. Sweeten with a bit of honey before drinking.

Another pleasant way to consume cinnamon is by adding a bit of powdered cinnamon to your coffee, juices, cereal, and to any other drink you have throughout the day. You can also add them to cookies, cakes, and any desserts you eat.

Cinnamon is very easy to find, and is also very inexpensive. That means there’s no reason you shouldn’t always have some at home. You should always lean towards whole cinnamon sticks rather than powdered cinnamon, because the sticks retain much more of this spice’s concentrated health benefits.

Keep in mind, however, that even though you can use cinnamon to reduce cholesterol and glucose levels, and also to lose weight, you should never stop taking the medication your doctor has prescribed you. Simply complement your medical treatment with these natural remedies.