This recipe doesn't require a scale! You don't have to weigh the cheese, just work up an appetite so you can enjoy this creamy cheesecake with Philadelphia cream cheese! 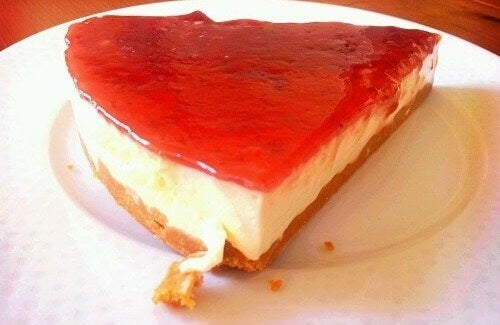 Today we’re bringing you this easy-to-make and delicious cheesecake recipe that is made with Philadelphia cream cheese instead of soft cheese, giving it a uniquely creamy texture and slightly sour kick!

The other day I wanted to make cheesecake, but I hit a setback when I realized my scale wasn’t working properly. So, I had to improvise. I was lucky because I ended up with this great post about a brand-new recipe for cheesecake with Philadelphia cream cheese.

This recipe doesn’t contain any sort of weight measurements. Instead, I’m here to show you another way to measure for those of you who are too lazy to get the scale out.

Ingredients for the crust

We will start by preparing the crust so that we can focus on the cheese part as it bakes.

Next, we will prepare the cheesecake itself.

3 Delicious Desserts That Won’t Make You Fat
It is hard to believe that non-fattening desserts exist, but they do. If you want to have the pleasure of eating more than just yogurt or fruit, here are some recipes that will allow you to enjoy a delicious pudding without guilt!  Read more »
Link copied!
Interesting Articles
Desserts
How to Make Dairy-Free Coconut Ice Cream