How Beneficial Is Wearing a Bra?

After many years of research, a study done in France has reached the conclusion that the bra may promote breast sagging. Read more about the study here. 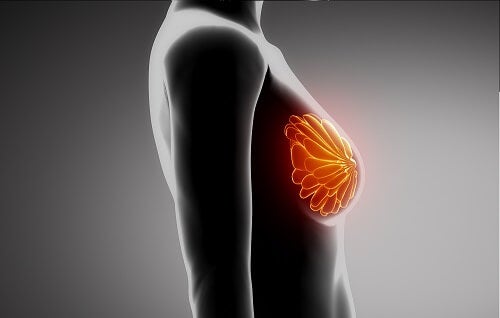 After many years of research, a study done in France has reached a surprising conclusion about the bra. They found that wearing this extremely common feminine piece of clothing does not provide any benefits. This is despite the fact that many consider it to be one of the most important items in a woman’s intimate wardrobe.

Professor Jean-Denis Rouillon, from the University of Franche-Comte in Besancon, France, confirmed that bras definitely offer no benefits. On contrary, they cause damage to the breasts of people who wear them.

These conclusions are based on studies that were carried out for a period of fifteen years. During this time period, the University of Besancon, located in the east of France, carried out its research by following and testing a series of changes that were produced in the breasts of thirty-five women who voluntarily agreed to the study. The volunteers were between eighteen and thirty-five years old.

How the researchers performed the study

During the first phases of the study, the medical team observed that the breasts of the women that didn’t wear a bra stayed much more firm and had less stretch marks than those that used them every day.

The tools that the scientists used during the time of the study were simply a caliber, which is a device to measure the distances between the two opposite sides of an object, as well as a slide rule.

There were many conclusions that this group of scientists came to. One of them was that wearing this popular feminine article of clothing doesn’t stop breasts from sagging with the passing of years. Instead, it accelerates the process. Professor Rouillon confirms that it’s not beneficial for the breasts to be deprived of gravity from a medical, physiological, or anatomical standpoint. If they are, they tend to become much more saggy.

The professor is firm in supporting the hypothesis that muscles are in charge of holding the breasts in their place. By wearing a bra, these muscles become weak. Thus, the bust loses its firmness. He also maintains that women who never wore a bra had more perky nipples compared to women that did wear it regularly.

So should I stop wearing a bra?

Nonetheless, you have to keep in mind that women who have worn this article of clothing for many years shouldn’t stop doing it. That’s because the change wouldn’t be at all beneficial.

The professor is emphatic to point out that the study that they did lasted many years and that hundreds of women participated in it. This sample doesn’t represent the worldwide population. But this study does confirm that stopping wearing a bra doesn’t cause any worsening in regards to the orientation of the breasts. On the contrary, there is a notable improvement in this orientation.

One of the women that participated in this study, who is twenty-eight years old, confirmed that she stopped wearing a bra two years ago and she feels very good. She reports that she has less back pain and she breathes better because she has more freedom.

Some studies researchers carried out at the University of Portsmouth in England showed that the majority of women hurt their breasts from wearing the wrong bra size.

This Exercise Routine Will Help You Tone Your Breasts
For best results, combine these exercises that will tone your breasts with localized massages and cold showers. Read on!!! Read more »
Link copied!
Interesting Articles
Did you know?
New Year's Traditions Around the World