In France, all supermarkets found to be in non-compliance with the rules of donating unsold food are facing economic sanctions and even jail time. 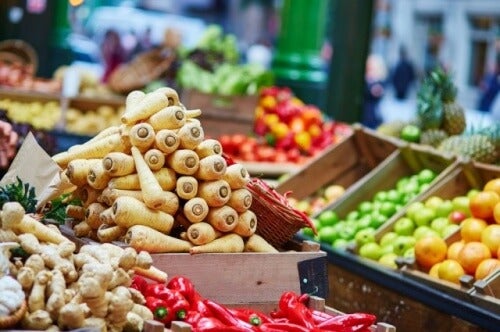 Food waste has been a controversial subject around the world for decades. Estimations suggest that more than 1.3 million tons of food end up in landfills each year while there are people dying from malnutrition and hunger every single day.

For many years, people have attempted to reduce this figure. However, the results of the studies show that there is still a significant wastage of food each year.

The main criticism against the big distributors is that often a significant amount of their food ends up going to waste rather than being donated to the needy.

For this reason, 35-year-old Arash Derambarsh proposed an initiative to create a law to prevent supermarkets from discarding unsold food.

The idea Arash put forth was for businesses to donate their unsold food to charity organizations and food banks so that they could give it to those in need.

After a massive campaign supported by consumers and activists fighting against poverty, the French Senate unanimously approved the law, benefiting thousands of homeless people.

France, the first place in the world to ban food waste

The French Senate’s decision made France the first country in the world to prevent supermarkets from wasting or destroying food.

Establishments of more than 400 square meters will need to sign donation contracts with charities. Failure to do so will result in fines of up to 75,000 EUR or two years imprisonment.

This was joyful news for the charity organization promoters because this will increase the quality and diversity of the food that they receive to distribute.

Jacques Bailet, head of a French food bank network, expressed hope that the law will increase the donation of vegetables, fruits and meat as they are most in need of these foods.

The responsibility for the collection and storage of the food will fall on the registered charities and food banks. They hope to increase their staff to more effectively manage the new influx of food.

The law will also punish supermarkets that destroy foods on purpose. This practice has become increasingly common to prevent people from rummaging in the trash and eating from dumpsters.

Unfortunately, the number of families, students and unemployed people looking in dumpsters for food has increased in recent years.

The downside is that many places spray the food with bleach after its thrown away. Allegedly, they do so to discourage people from eating the waste and getting food poisoning.

Others store waste food in private warehouses where garbage trucks collect it later.

The next challenges for charities

With this first achievement, charities are preparing to meet the challenges that come with the changes in law.

The first will be to find more available volunteers to help with managing and distributing the food. They will also need more trucks, storage and refrigerators to address the increase in donations.

On the other hand, the main objective is to persuade the EU to consider enacting a similar resolution in other member states.

Food waste in France is comprised as follows: 11% comes from stores, 67% from consumers and 15% from restaurants. The promoters of this initiative realize there’s still more work to be done.

However, with the enactment of this law, they know that they’ve already taken one of the most important steps towards a more conscious and sustainable society.

Bailet assures that an increase of just 15% in donations from supermarkets can help deliver 10 million more plates of food every year.

The long-term dream is for many countries to adopt similar laws to reduce waste. But the most important goal is creating the opportunity to feed those in need.

How to Use Recycled Glass Bottles to Decorate your Garden
You can use recycled glass bottles to make original decorations for your garden. We'll show you how to decorate while caring for the environment. Read more »
Link copied!
Interesting Articles
Did you know?
What Happens When you Drink Alcohol On An Empty Stomach