How to Use Bay Leaves to Treat Diabetes

Bay leaves should be consumed in moderation. If you're following any treatment or have any questions, consult your doctor before taking any herbal remedy with this plant. 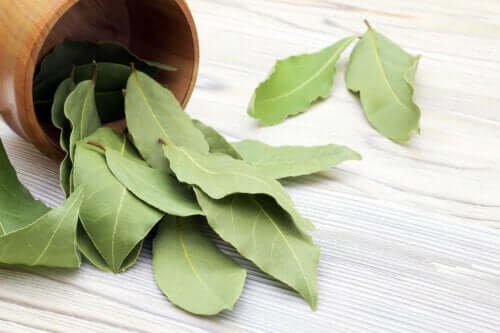 We often use bay leaves in cooking to season our food or add an enticing scent to it, especially Mediterranean cooking. In fact, it’s commonly used in soups, casseroles, or meat-based dishes (white or red). However, there are people that also use it in stews, seafood dishes, or even desserts like rice pudding.

It’s important to mention that people tend to only use the leaves dried and in a small quantity, otherwise they may become toxic, and, as a result, be harmful to your health.

That aside, in the alternative medicine world, many people say that bay leaves can be a useful remedy, as they’re aware that there are bioactive substances that can help to improve our health. For that reason, there are people that use the leaves to create infusions that regulate the blood sugar level and control diabetes.

Evidently, a bay leaf infusion isn’t a first-line treatment; it’s better to use it as a compliment as and when your doctor allows for it. Let’s dig a little deeper.

The pancreas’ difficulty or inability to produce insulin or use it effectively is known as diabetes. For this reason, diabetic people have elevated blood sugar levels. The most well-known types of diabetes are 1 and 2.

Type 1 diabetes is when the body can’t produce insulin, so the sufferer needs to administer this hormone daily. This disease is more common in children and young people.

On the other hand, type 2 diabetes is when the body doesn’t use insulin properly to reduce blood sugar levels. It’s the most common type and it manifests, among other reasons, due to poor eating habits, excessive body weight, and physical inactivity.

The figures of those suffering keep increasing, as does the worry about how to reduce it. According to the World Health Organization (WHO), 422 million adults worldwide had diabetes in 2014. That’s 1 in 11 people.

In 2015, 30.3 million people suffered from the disease in the United States alone, according to the American Diabetes Association. This figure represents 9.4% of the population. That same year, diabetes was the seventh leading cause of death in the United States.

The key to this disease is prevention and control. Maintaining a healthy diet, exercising, and avoiding ultra-processed foods, tobacco, and alcohol will help to reduce your risk of the disease. However, it’s also essential to get regular checkups with your doctor.

Why do bay leaves help to control diabetes?

As we mentioned earlier, bay leaves belong to the Lauraceae family. They’re widely used as condiments and also due to their medicinal properties. Although studies about their effects on health are still limited, there’s evidence that suggests they may help support diabetes treatment.

An investigation published in the Journal of Clinical Biochemistry and Nutrition states that bay leaves (Laurus nobilis) seem to improve the function of insulin, and as a result, are beneficial for those suffering.

If you do consume a herb without medical authorization, you put your health at risk as the components of the plants could negatively interact with the medication you’re already taking and other foods you consume regularly.

How to prepare bay leaves to treat diabetes

As and when the doctor confirms it’s suitable to do so, you can include a bay leavf infusion in your diet as a complement to conventional treatment to regulate your glucose level. Again, let’s remember that it won’t act as a substitute to medical treatment.

Bay leaves seem to have a positive effect when it comes to diabetes. However, you must use it in moderation as excessive use could cause certain side effects. According to a publication in Contact Dermatitis, the plant can cause some people to develop dermatitis, asthma, or allergies. It may also cause nausea and irritate the stomach lining.

Consuming infusions isn’t recommended for those in any stage of pregnancy, people with clotting issues, kidney or liver-related illnesses, or gastrointestinal ulcers. In fact, it’s best to consult a doctor if you are currently experiencing any kind of illness. Bear that in mind!

According to the experts at the Spanish Nutrition Foundation (Fundación Española de la Nutrición (FEN)), “specialists can extract a very aromatic substance consisting of pineo and cineole from the fruit [of the bay leaf plant] that’s mainly used in pharmacology”; for that reason, it would be a lot safer to use a tried and tested drug than an infusion to complement any diabetes treatment.