Atherosclerosis is a disease of the arteries that can lead to a heart attack. Therefore, it’s very important to prevent the risk factors and take care of your blood vessels. 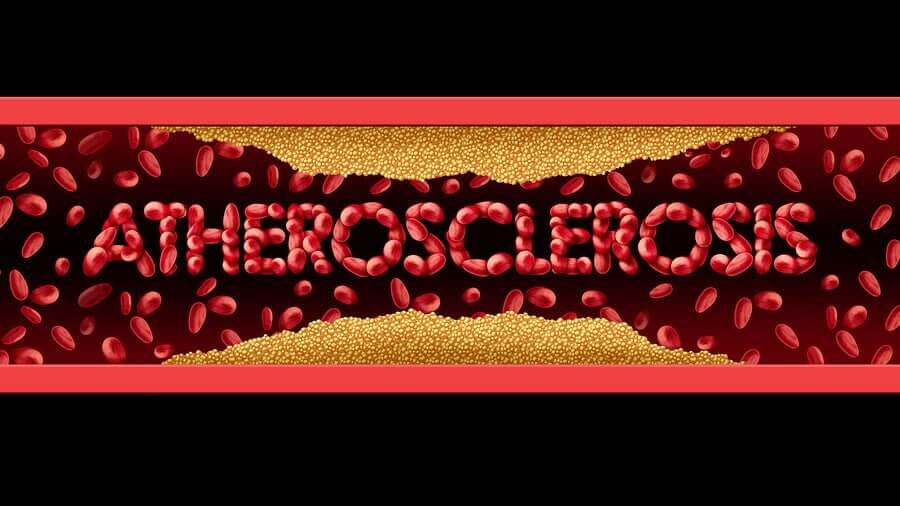 Atherosclerosis is a disease of the arteries that causes a buildup of cholesterol on their walls. As a result, blood vessels become stiff and sticky, increasing the risk of clogging. This disease causes heart attacks and strokes. For this reason, it’s very important to take care of your arteries. To do this, you must avoid all possible risk factors, such as:

This is a disease that develops slowly and can start at an early age and progress. It doesn’t cause symptoms, which is why it’s difficult to know whether you’re suffering from it. It can only be detected with tests or when a subsequent disease is triggered.

On the other hand, despite being a more common disease in developed countries (it’s one of the leading causes of death), it’s now positioning itself as a leading cause of mortality in developing countries. Overall, men are more likely to suffer from it than women.

This alteration occurs when lipids, such as cholesterol and triglycerides, deposit on the walls of the arteries. Also, inflammatory cells from the blood, known as leukocytes, build up.

As these substances build up in the artery walls, the cells that compose them disorganize and can produce what’s known as an atheromatous lesion. When the lesion progresses, cholesterol crystals appear, as well as calcium deposits. In some cases, atheromatous lesions rupture and a thrombus are formed, which can clog the artery and cause a heart attack, as the passage of blood is interrupted.

You may also want to read: Myths about Cholesterol-Lowering Diets

As we mentioned above, it’s a disease that manifests with no symptoms or signs. Thus, it’s very dangerous. Symptoms only tend to appear when atherosclerosis is advanced and the blood has difficulty reaching different organs and tissues.

Symptoms of moderate to severe arteriosclerosis depend on the affected arteries. Some examples are:

You should also read: How to Unclog Your Arteries with Four Natural Remedies

To treat this condition, the specialist will indicate a unique treatment for each patient, as it varies depending on the patient’s age, state of health, and lesion location, among other factors.

However, specialists often apply some general measures to all patients. Firstly, they recommend changing certain habits, such as diet, to lower cholesterol levels, quitting smoking, and exercising more. Secondly, and where necessary, specialists indicate drug treatment based on anticoagulants to prevent clot formation.

Also, they may resort to the use of antiplatelet drugs that are useful for reducing platelet “stickiness”. Other drugs used to treat this condition are those that serve to lower blood pressure and cholesterol levels.

Finally, atherosclerosis is one of the main avoidable and preventable diseases. Lifestyles play an essential role in its development. This is why exercising regularly, eating a healthy, balanced diet, and staying away from bad habits is the best way to prevent it.

5 Natural Remedies to Lower Cholesterol
Bad cholesterol or LDL (low-density lipoprotein) increases the risk of heart disease. What can you do to lower it? Read on to find out about natural remedies to lower cholesterol. Read more »
Link copied!
Interesting Articles
Illnesses
Causes of Postmenopausal Osteoporosis and Treatment