Apples and their many health benefits

We all know about apples and their many health benefits for our body. 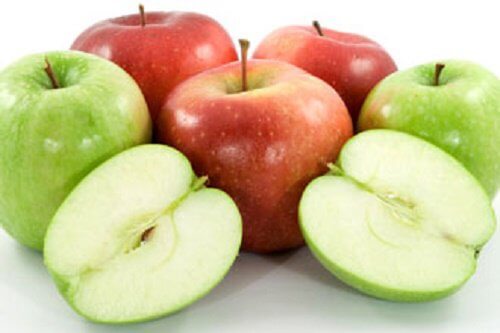 Apples and their many health benefits are well-known in popular culture due to their role in mythical and other fiction stories. Did you know that it’s also known as the fruit of beauty and eternal life? In fact, the Romans sought it with great interest and wanted to eat them because they believed the fruit granted immortality.

Apples and their many health benefits

According to a study by the National Institutes of Health in the USA, eating an apple a day can be good for our body and could prevent many diseases. Note that you must seek professional advice when you’re ill.

To reach this conclusion, researchers did a study with 8400 people, 10% of whom ate an apple a day. The same percentage of patients had instructions to consume as little medication as possible for one year (the investigation period).

According to the team’s director of the University of Michigan School of Nursing, Matthew Davis, the study revealed that apple consumption didn’t relate to other markers — such as the number of annual visits to the doctor.

Another conclusion they came to was that people who ate an apple a day were less likely to smoke and had superior intellectual performance.

Reasons to eat an apple a day

Apple is a good source of vitamin C, soluble fiber and flavonoids, hence you must consume it often. Trade it for a junk food snack to maintain a healthier diet.

The health benefits of eating an apple a day

The components in apples

In the popular sphere, apples help digest fats better. So, it might be a good idea to eat an apple after any meal.

The health benefits of eating an apple a day

Apples provide enough energy and have a high nutritional value. So, add them to a healthy and balanced diet. Also, they’re satiating and help you avoid anxiety eating. And, they’ll help you maintain a healthy weight and a good intestinal transit.

Because fruit contains intrinsic sugars, you can eat as many as you want throughout the day. Contrary to the myths out there, they won’t add pounds to your current weight.

There are those who have the hypothesis that eating an apple could help to be more productive, remember more data and perform more in any field. However, the researchers comment that it would be necessary to go deeper.

There was a time when people believed red apples were the healthiest since they could provide more antioxidants but there’s no proof.

Apples, regardless of their variety and color, are healthy to-go snacks ideal to take along wherever you go.

The 10 Best Fruits for Fighting Against Water Retention
The best way of preventing and combating water retention is to increase your consumption of healthy diuretic foods. Read more »
Link copied!
Interesting Articles
Nutrition
Nutritional Information and Health Benefits of Peas