A Pear Pie Is A Healthy Dessert for Your Diet 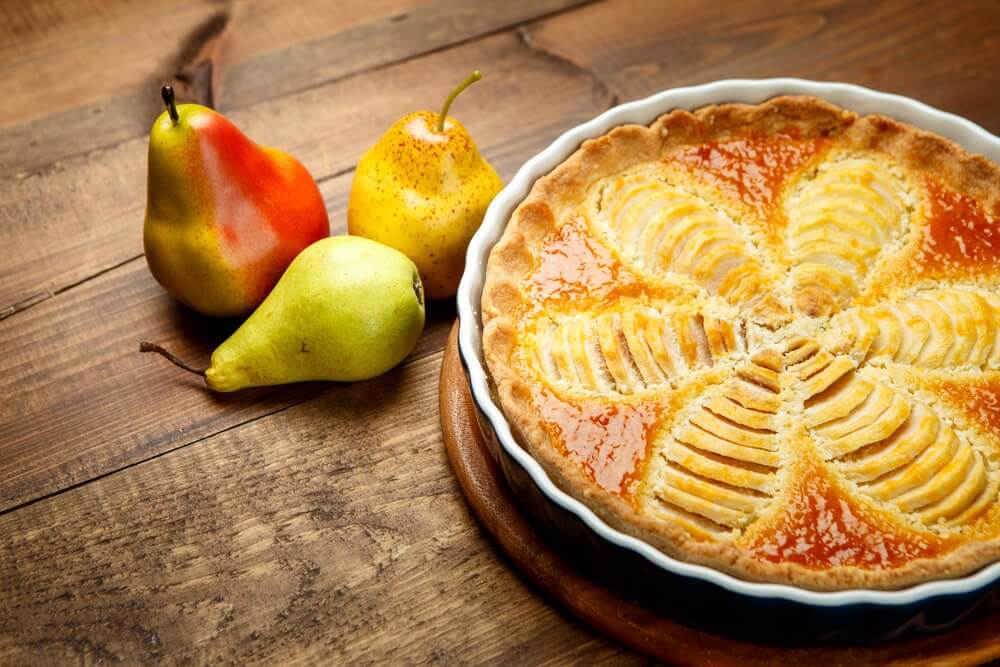 There are lots of healthy desserts that you can make with fruit. It’s best not to use any refined sugar products or substitute good quality natural products. Today’s article you can learn a delicious pear pie recipe that will delight the pickiest eaters.

Pears can star in many dessert recipes because their soft and moist texture go great with several culinary preparations. Going in wine is a well-known trick, but there are lots of other ideas.

Pears grow abundantly in Spain, where certain varieties are named after their place of origin. This is the case of the Jumilla, produced in Murcia, Rincon de Soto (from La Rioja), and Lerida from Catalonia.

Outside of Spain there are many more varieties of pears worldwide. It’s a good idea to learn a little about this fruit that, like the apple and a few others, is very nutritious.

Properties and benefits of pears

Eating one pear will provide approximately 53 calories per 100 grams. It contains fiber, which makes it easy to digest and is good for your entire gastrointestinal system, while the acidity gives it astringent properties.

Pears are good for the following systems of the body: your nervous system, digestive system, and cardiovascular system. This is thanks to their high nutrient content, such as B-complex vitamins (B1, B2, and niacin). This fruit also nourishes your hair and skin, which in turn promotes growth.

Pears also contain a significant amount of vitamins A and C, with all the associated benefits. They have the following minerals: magnesium, calcium, potassium, phosphorus, and copper.

Read this article too: 5 plant-based teas to fight indigestion

Finally, pears contain tannins, oleic, palmitic, glutamic, linoleic, caffeic, and aspartic acids! All of them are necessary for the different biological processes they support, and they provide great benefits for your overall health.

Check out this article: Learn How to Make A Delicious Lemon Cream Pie

This pear pie is made with a very light and fluffy baked crust. The recipe has been designed specifically for pears, but apples and other seasonal fruits can be used instead.

This is a very lite basic recipe with pear slices piled on the top. Any other fruit that bakes well in the oven can be used along with it.

The following recipe consists of four servings. If you want to increase that amount, be sure to increase each ingredient proportionally.

This dessert contains very few calories, so it’s lite yet still delicious. You can serve it with cold or hot tea, without using any sweetener.

Interesting Articles
Anatomy and physiology
Why Are Some People More Sensitive to Pain than Others?