8 Signs of Dementia that Everyone Should Know

Although some of the first signs of dementia may seem normal, if they occur frequently we must know to relate them to this disease in order to act in a timely manner. 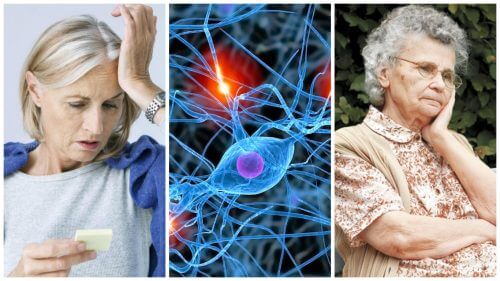 Knowing what some of the main signs of dementia are allows you to pay more attention to your overall health and go to the doctor for a check-up sooner. This, in turn, can help detect the cause of the problem and improve the prognosis.

Dementia is a syndrome that is typically progressive in nature. It’s characterized by the loss of cognitive functions. These give you the ability to remember things, your intellect, and your ability to carry out your daily activities.

Let’s see below a little more about this health problem that’s so common in the population worldwide.

Dementia is a deterioration that goes beyond what is considered the normal consequences of aging and is usually a response to other primary or secondary diseases that affect the brain.

Nowadays, it’s one of the pathologies that causes more disability and dependence among the elderly. Although various methods have been developed to cope with it, it continues to be overwhelming, both for the patients affected and for their caregivers and families.

According to data from the World Health Organization, there are about 47.5 million people around the world with dementia. Each year, doctors diagnose 7.7 million more.

Discover more: The Differences between Dementia and Alzheimer’s

For all the above reasons, it’s necessary to know what the signs of dementia may be. Identifying them in time can greatly contribute to improving the prognosis.

First of all, one of the earliest signs of dementia is difficulty finding the right words to express your thoughts.

Patients who are starting to develop this condition may spend several minutes trying to recall a specific word. It may even be a word that they use all the time, but they just can’t recall it.

People who are at high risk for developing this disorder have serious difficulties understanding what occurs in the past, present, and future.

Often, when they talk about timing, they don’t understand what it means or have a tendency to confuse the order of things.

Problems with short-term memory might seem common. However, this is actually an early sign of wear and tear on the brain due to dementia.

Being unable to remember important events or things that have occurred just hours or days before typically indicates that something is wrong with your brain function.

When they enter a room, a person with dementia may also not remember what they were going to do there in the first place.

4. Mood swings are also among the signs of dementia

Due to the changes in brain chemistry that come with the onset of dementia, people with the disease often suffer from depressed or irritable moods.

Sudden changes in personality or behavior could be a sign that your cognitive functions are deteriorating.

Another major symptom is difficulty carrying out many of their ordinary or everyday tasks.

Someone who has cognitive function impairment may become incapable of accomplishing tasks at work. This leads to very simple errors or even mistakes in household chores.

As dementia progresses, patients begin having a harder time recognizing the places they usually spend time. In fact, they might even feel confused or lost inside their own home.

Not remembering how or why you came to a particular place, or not knowing where you are, are strong signs of dementia. We should also know this in case we find someone disoriented on the street.

You may also want to read: LATE Dementia, a New Type of Dementia

Just as problems can develop with finding the right words to speak, those affected by dementia often have difficulty writing like they used to. Changes in penmanship and difficulty expressing oneself by writing are a red flag that they should seek help.

In addition, the loss of cognitive function brings with it a series of chemical reactions. These occur both in the patient’s state of mind and their ability to maintain physical abilities.

As a consequence, the person starts to feel more tired doing normal activities. They also lose the motivation that they previously enjoyed.

What should be done about these signs of dementia?

Although in many cases dementia cannot be prevented or stopped, it’s essential to be aware of the signs and find a treatment that will help you cope with it.

The sooner you detect cognitive impairment, the more likely it is that you will preserve your quality of life.

Major Neurocognitive Disorder (Dementia)
Neurocognitive disorders affect memory, perception and problem-solving. Unfortunately, there's no cure for this condition. The good news is, however, that there are treatments for the symptoms. Read more »
Link copied!
Interesting Articles
Did you know?
New Year's Traditions Around the World