5 Forms Of Emotional Abuse We Don't Always Recognize In Time

One of the worst aspects of emotional abuse is the fact that the effected person can take a while to perceive the signs of it. 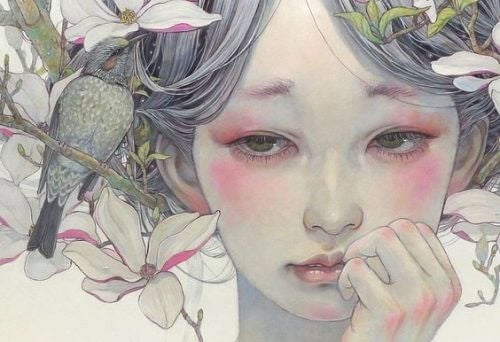 Emotional abuse has a huge impact. Without leaving marks on the skin, it has an insidious impact on our minds, one that often takes a long time to notice.

People who have been subjected to this type of abuse over the course of a long period of their lives usually take much longer to recover. To be able to cope fully with the trauma that this type of situation usually involves may take years.

Emotional abuse is very complicated. When a person receives a physical blow, they known instinctively that they have to get as far from the situation as possible to defend their physical safety.

However, it’s not the same with psychological abuse.

Often, the person affected by emotional abuse will tend first to think of himself or herself not as a strong victim who needs to take action to avoid the situation, but as a guilty party in the toxic situation.

Initially, it’s very common for people to think: “It must be something I’m doing wrong to make them treat me like this.”

Later, though, a much more complex and exhausting set of feelings often arises. Many people experience thoughts such as: “I’m just not able to deal with this. I know deep down that this situation bothers me, but it’s so subtle that I just have no idea of how to handle the situation.”

In the end, victims of emotional abuse will often let the situation continue. They wait until those small wounds, emotional blows and sense scorn build up. Then, before they know it, the situation leaves them feeling completely emotionally invalidated.

It’s far from easy to escape from emotional abuse. That’s why, today, we’re going to talk about 5 little behaviors to recognize, be aware of and react to.

1. They are perfect and charming – and you could never match up

People who exercise emotional power over others in an abusive way are often, in fact, overly concerned about their public image to the point of obsession.

In front of a crowd, out of doors, this person will be the most charming creature you can imagine.

They may be accessible, kind, witty, sympathetic and attentive. So much so, in fact, that you don’t know anyone that would ever believe you if at some point you said something negative about them.

That’s why it’s very common that people don’t see this coming until it’s too late. It can be almost impossible to recognize an emotional abuser at first sight. However, as time goes on, the way they treat you on a daily basis will make be the clearest sign: little signs of contempt and attempts to undermine you will become obvious.

However, this won’t only happen in private. Emotional abusers won’t be shy about making jokes about you in public, either. It’s often a way of drawing attention to the abusers, who try to make themselves look good in front of others at your expense.

Meanwhile, the person on the receiving end of this treatment is left at risk of remaining on a difficult path. Little by little and day by day, she or he will inevitably be lead into a deep abyss of psychological maltreatment.

It’s very common to say that abusers lack empathy – but this is not the case.

Many people who correspond to the type of manipulator and abuser we’re talking about here are well aware of the emotions of their victims. This is what allows them to read what you’re feeling very quickly and easily and use it against you.

Let’s look at an example. You’ve had a bad day at work, and when you get home, your partner takes immediate notice of your discomfort, your depression, or your sadness.

However, instead of helping you and offering you close and friendly emotional support, an emotional abuser will blame you for your situation. Or, he or she may further weaken your self-esteem to achieve more control over you.

“Of course you’ve had a bad day – the problem is that you don’t know how to defend yourself. You always sit in the back seat, and that’s why you depend on me for everything. Without me, you wouldn’t be able to handle anything.”

In a situation like this, it’s important to remember that empathy is only a positive and worthwhile faculty when it’s used to help other people. It should never be used to push you further into depression or despair.

3. Always comparing you to someone, no matter what you’re doing

“Why on earth did you stop the car right on the highway? You’re just like your sister: totally clumsy and with absolutely no idea what she’s doing behind the wheel.”

Whatever you do, the emotional abuser will always compare you to someone – and not  in a positive light.

The abuser’s psychological immaturity prevents them from being able to make coherent, useful and respectful value judgments.

In turn, one of the things the abuser will be most interested in is comparing current partners with their previous relationships, to make his or her current partner suffer.

4. Never putting themselves in your shoes

This is the case for the smallest, most trivial-seeming things, as well as for bigger ones. The abuser will never be able to see things from your point of view, to put themselves in your shoes, or to see things as you do.

They can know what you feel, because as we said earlier, they often have great powers of empathy. However, they will never be able to “connect.” That is, they don’t care if certain things hurt you, or even if they themselves harm you.

5. Your goals, tastes and customs are all worthless to them

Ridiculing or making ironic comments about your goals or objectives is one way that emotional abusers like to keep you under their control.

When someone criticizes you and ridicules the things you like, what you dream of or a project you’re excited about, the goal is simple and toxic: to destroy your sense of self-esteem.

The most important thing to remember is that someone with low self-esteem is much easier to control. That’s exactly what emotional abusers are looking for.

Essentially, that’s the object of emotional abuse. The abuser wants to destroy your ability to value yourself.

Take good note of the relationship dynamics we’ve detailed here. If you notice any of these patterns emerging, take action immediately to safeguard your self-esteem, your identity, your emotional health and  your well-being.

Abuse and Mistreatment in Adolescent Couples
Preventing abuse in teenage couples is basic in order to promote and create healthy relationships as adults. Learn more in this article. Read more »
Link copied!
Interesting Articles
Conflicts
How to Help a Woman who Has Been Abused