The liver is an important organ in the human body and is very sensitive to inflammation, medication, genetic imperfections, industrial toxins, and even certain elements from nature. 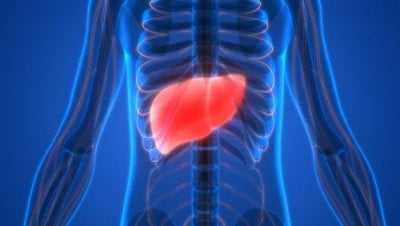 The liver is the main organ in charge of metabolizing nutrients, medicine, and other toxic substances, and it can be affected by liver toxicity. In other words, it is a big filter that separates toxic elements. It does this before it reaches your bloodstream and other tissues.

However, the body doesn’t process these substances correctly in some cases. So, they can hurt the liver.

What is liver toxicity?

Hepatotoxicity is liver damage from exposure to a drug or other non-drug element. The liver’s ability to filter substances makes it vulnerable to toxicity. In fact, liver toxicity is a significant health problem both in the United States and Europe. What’s more, it has become more of a problem so that it’s even triggering the recall of certain products from the market.

Some of these hepatic toxins are:

Take a look at this too: 6 Foods that Detox Your Liver and Keep it Healthy

The symptoms are very similar to viral hepatitis. Basically, liver toxicity may present itself as any other kind of hepatopathy. In other words, this includes illnesses that keep the liver from working correctly.

Some of the most common symptoms are:

What products are related to liver toxicity?

This list of medications with proven toxicity, compiled by the Spanish drug regulator within the Spanish government can help you see if the plant-based medications you are taking could be harmful. These can range from certain antibiotics to antidepressants. It’s best to take a look at the list in the link if you have any doubts.

Although many people don’t realize it, some herbal remedies come with a risk of liver toxicity. As a result, combining products is also not advisable. Even more, one example of this is green tea extract.

Certain mushrooms and fungi contain anatoxins. Anatoxins are hepatic toxins, or in other words, they cause cell and tissue damage in the liver and kidneys. However, this is one of the least probable causes of liver toxicity out of all of them listed here.

Notably, this category includes cocaine, ecstasy, pesticides, herbicides, vinyl chloride, and contaminated food. Also drinking too much alcohol can be a cause of this as well.

We recommend reading: 5 Ways to Protect Yourself From the Liver Damage Caused by Alcohol

How is liver toxicity diagnosed?

There are no tests that definitely diagnose liver toxicity. So, because of the similarity of the symptoms of related illnesses, certain medical tests will be needed to rule out viral hepatitis and other causes.

Acetylcysteine is a substance that helps remove toxins from the liver. Additionally, it occurs in cases of intoxication from taking high amounts of acetaminophen. Other than this, there is no specific treatment or cure for the problem.

Also, removing or avoiding the suspected culprit is essential. Treating symptoms like vomiting, resting, and avoiding substances that exacerbate symptoms is necessary.

All in all, the symptoms of liver toxicity tend to improve when the toxic substance is removed. However, if this does not fix the problem, it could lead to irreversible liver failure. Or, it could lead to cirrhosis.

As you can see, liver toxicity can be very serious. Therefore, it is important to identify the warning signs so as to prevent complications. So, If you have noticed any of these symptoms, don’t hesitate. See a doctor.