Which Hormones Influence the Menstrual Cycle?

There are several hormones that influence the menstrual cycle. Their main role is to make fertilization and pregnancy possible, which is why they cause important changes to a person's body. 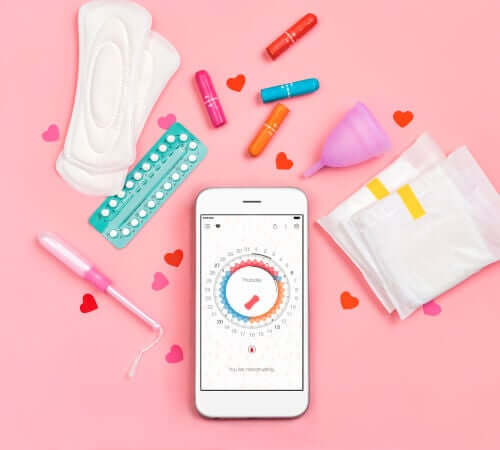 There are several hormones that influence the menstrual cycle. They have specific roles which allow everything to develop normally. Such hormones don’t only regulate the reproductive processes, but they also have an impact on mood and the appearance of the person’s skin, as well as many other aspects.

The hormones that influence the menstrual cycle, basically, guarantee that the ovum does what it needs to. By which we mean that the hormones create the necessary conditions for the ovum to be fertilized; and if not, to be released from the body.

These processes are complex and can only happen because the hormones that influence the menstrual cycle do their job. These hormones are as follows:

The menstrual cycle consists of six internal cycles, and, in each one of them, the hormones have an important job. The cycles are the following:

Keep reading: Is it True That Women’s Periods Synchronize?

The hypothalamus and the hormones that influence the menstrual cycle

The hormones that influence the menstrual cycle start their process in the hypothalamus. The hypothalamus secretes the gonadotropins (GnRH), whose main function is to stimulate the body’s production of other hormones that are necessary for the uterine cavity and the endometrium to be in a suitable state for conception.

In turn, the body also produces hormones that influence the menstrual cycle in the hypophysis or pituitary gland. The hypothalamus controls this gland and it’s responsible for secreting both the FSH and the LH hormones. Let’s take a deeper look:

In fact, the FSH facilitates the ovum forming and eventually becoming fertilized. In turn, the body quickly produces the LH; between 9 and 12 hours after this happens, the body releases the mature ovum and we get ovulation.

Discover more: What Can You Do About Painful Ovulation?

The ovaries also secrete some hormones during the menstrual cycle: estrogen and progesterone. Estrogen is a female sex hormone that influences the female genitals. Among its many functions, we can mention that it blocks another hormone, prolactin, whose role is to produce milk after the birth.

In fact, there are several types of estrogen, but the most important one, from a menstrual cycle point of view, is estradiol. This hormone stimulates the endometrium to thicken and to vascularize, creating the perfect conditions for conception.

In addition to estrogen, there’s also progesterone. This hormone fulfills an important function in the menstrual cycle. It helps to mature the endometrium and cause changes within the whole reproductive system. Its main effects are as follows: