Salicylic acid belongs to the group of analgesic, antipyretic, and anti-inflammatory agents. It was first described in the eighteenth century by Richard Stone. This reverend noted that white willow bark infusions cured a fever. 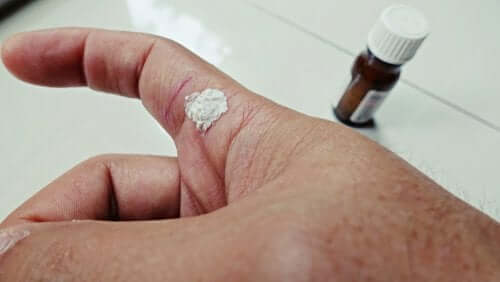 Salicylic acid is a substance that has keratolytic and antimicrobial properties. Typically, experts use it in areas such as dermatology. This is because it’s able to promote skin peeling and prevent contamination by opportunistic bacteria and fungi. Also, it can regulate skin oiliness and act as an anti-inflammatory agent. Thus, experts consider it fundamental to improve the appearance of aging skin.

Where does salicylic acid come from?

The bark of the white willow tree, Salix alba, contains a substance known as salicin. That’s where salicylic acid comes from. However, this hydroxy acid can also be found in other plants such as birch and wintergreen leaves.

Salicylic acid belongs to the group of analgesic, antipyretic, and anti-inflammatory agents. It was first described in the eighteenth century by Richard Stone. This reverend noted that white willow bark infusions cured fevers.

Medical professionals synthesized this substance for the first time in 1899. Then, they used it to replace quinine to control fever and pain orally. One of its metabolites was salicylic acid. This acid also has topical uses.

Actions and effects of salicylic acid

Overall, salicylic acid’s effect on the skin may be related to its impact on skin structure. Salicylic acid affects cohesion between keratinocytes, a type of cell, and skin peeling. Thus, this acid acts as a keratolytic (exfoliant) and antimicrobial in concentrations of 5 to 10%.

Also, it’s been attributed to a direct anti-inflammatory effect. However, this hasn’t yet been confirmed. At lower concentrations, between 1 and 3%, it acts as a keratoplastic. Keratoplastic substances are those that favor the regeneration of the stratum corneum and normalize defective keratinization. Keratolytics are substances capable of causing the collapse of the cornea or reduce its thickness.

Moreover, it’s important to note that salicylic acid is fat-soluble. This means that it can be mixed and dissolved in existing fats in the epidermis and the sebaceous material that’s stuck in the follicles. When it’s introduced into the skin’s lipid areas, it exfoliates and it.

Overall, there are nine main indications for this substance:

As with all other chemical substances and drugs, salicylic acid can also trigger some adverse effects, which include the following:

You may also want to read: Allergy Tests: Types and Procedures

Experts recommend salicylic acid for many different things, as they consider it relatively safe and effective.