What's Hiding Behind the Habit of Procrastination?

The majority of the time, people that procrastinate have a big problem with organization. They don't distinguish between priority and secondary tasks and they are not able to delegate. 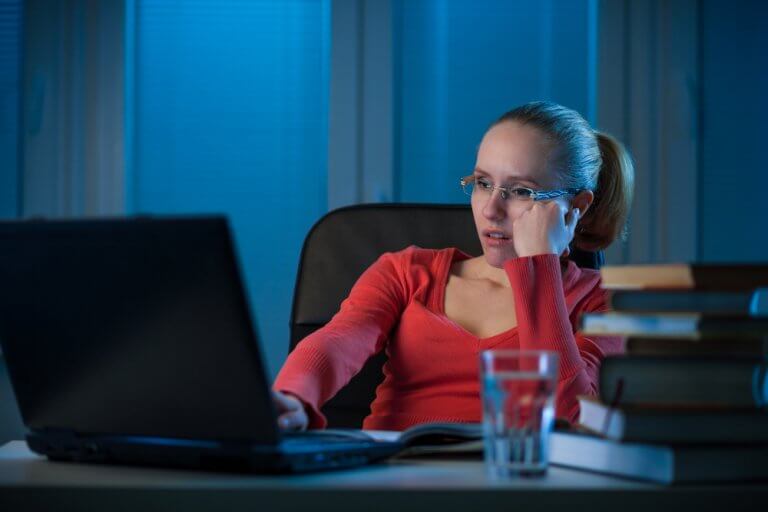 Do you remember that phrase, “don’t leave for tomorrow that which you can do today”? Well, procrastinating is doing the exact opposite.

But what’s really behind the habit of procrastination, anyways?

People who procrastinate often can’t avoid it. It’s like a greater force that, on occasion, doesn’t have anything to do with being lazy, but with other factors.

Let’s discover some of those today.

Many people tend to procrastinate because they don’t know how to correctly control their emotions and stress, and that may end up turning into anxiety.

They tend to have anxious personalities, get distracted easily, they often see projects as excessively large and incomprehensible. So, because of that, they decide to put off whatever they have to do.

On occasion, it isn’t because they have other projects that they have to focus on. Generally, because of this, they tend to lose time or dedicate their time to less important projects, even though the one they are putting off is a special priority.

Some ways in which people with anxiety tend to procrastinate in these circumstances are through self-deception or excuses such as the following:

As we can see, people will anxiety look for an immediate reward to eliminate that very uncomfortable situation. However, in the long run, it can make it worse since they will be losing so much time.

When we talk about procrastination, it’s very likely that the person who does it also has a serious organization problem. Each one of us looks for a way to organize that best works for us, since every person is different.

However, it’s always necessary to keep the priority tasks that we have at hand in mind.

There are different tasks that we can procrastinate, whether it’s because we can plan them, put them off for another day or even hand them off to other people.

However, what usually happens is that we procrastinate doing the tasks that have special priority. Because of this, great organization can keep us from procrastinating and, when the time comes, we can even find ourselves with time to spare.

To better orientate your organization, it’s best to focus on the priority of your tasks. For that, we recommending using the Eisenhower Matrix.

In this matrix, there are four blocks that are classified by importance and urgency. Using it wisely and sticking to it can really help you to stop procrastinating.

3. Overestimating how much time you have

Overestimating our time is something that people who aren’t punctual understand very well. They may think that they have a lot of time to do certain things before meeting up with friends, for example. However, the reality is different.

People who procrastinate tend to overestimate their time, even thought this goes hand-in-hand with some of the excuses and self-deception that fight against them.

For example, the people who procrastinate think that they can do certain tasks in a matter of two days. However, some sort of complication, doubt or problem usually arises that decreases the amount of time they have.

Because of this, overestimating the time that you have to finish a task can stress you out and make you feel unable to finish the task. Then, the work may not end up being as good as it could have been. All of this comes accompanied by very little gratification.

To keep this from happening, it’s important to keep the Eisenhower Matrix in mind: it will help you take care of the urgent work and eliminate anxiety and tendency to overestimate the time that you have.

The sooner that you finish a task that you aren’t motivated to do before freeing ourselves up to do other, less important ones, the better. After all, we’ll feel like we’ve made a lot of progress.

Of course, we all remember those times when we were studying and we were told “start by doing the work or studying the material that you like the least.” This is a wise piece final of advice that we can use in other parts of our life, like at work.