What Your Sleeping Position Says About You

Did you know that the way you sleep can reveal a lot about your personality? Learn more in this article! 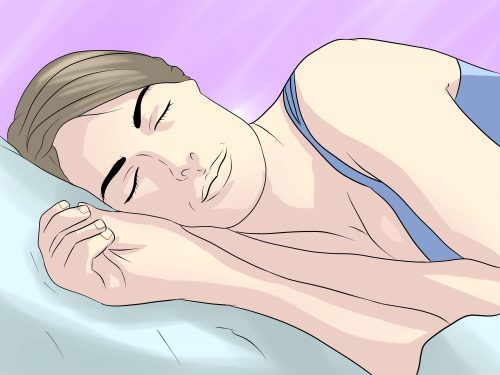 Do you have a habitual position you use when going off to the land of dreams? We aren’t talking about the one you consciously use when you go to bed. Rather, the sleeping position that you finally take once sleep overtakes you.

The question is important because your sleeping position says a lot about you. Let’s find out!

Tell me how you sleep, and I’ll tell you who you are

There’s a lot of research on the relationship between humans and sleep. This includes what happens between their mind and their body when they sleep.

Professor Chris Idzikowski has dedicated the better part of his time to studying sleep. Specifically, he studies the relationship between your sleeping position and your personality.

Idzikowski analyzed six normal postures that people use in these situations. He’s convinced that they’re associated with a specific way of behaving.

According to him, people pay attention to body language when we’re awake. But it’s something else to study what we say with the postures we assume unconsciously.

Which is your sleeping position?

By sleeping on their sides with both their arms and legs folded in, the sleepers are unconsciously looking to feel protected.

The reality is they may consciously show the world that they’re strong and confident. But, they’re actually sensitive, vulnerable people.

So, the supposed strength of character they show is just a kind of shield to protect themselves.

15% of people sleep like a log (no pun intended). This position consists of laying on one side with your legs extended and your arms by your sides.

This sleeping position appears to correspond with very open, social people. These people also tend to be leaders. However, they can also be somewhat gullible.

13 percent of people sleep like this. This means they have their arms stretched out in front of them, forming a right angle to their body.

In these cases, they usually have a personality that is seen as being closed off. They have a certain amount of cunning and suspicion.

They are people with a more critical and suspicious view of things.

The name for this position is “the soldier” because the sleeper sleeps on his back with his body stretched out and his arms pinned to their sides.

Everything seems to indicate that people who are timid and introverted take this position.

The “soldiers” are very reserved and usually run from tumultuous situations. They’re also attached to routines and norms and very driven.

These make up 7% of people.  This is where the sleeper sleeps face down on his bed, hugging a pillow with his arms and turning his head to one side.

Those who sleep like this are anxious, nervous people with a lot of energy. Also, their personality type tends to have difficulty accepting criticism.

A select 5% of people sleep on their back and have their arms spread up by their head. They usually bend their legs.

The “starfish” sleeping position corresponds to altruistic people. These are people open to listening and helping their neighbor.

They’re individuals that can make friends quickly. Also, they avoid being the center of attention, and prefer to be in the background of reunions and groups.

Did you recognize any of these positions? Don’t feel deceived if you didn’t find yours.

You shouldn’t forget that everyone has their own idiosyncrasies when it comes to sleeping. Sometimes, people don’t have the same position.

For instance, those who sleep with an elevated foot appear to have a decidedly unpredictable personality.

Anyway, according to Idzikowski’s explanation, only 5 percent of people use a different position every night.

Does Your Partner Sleep Talk?
You've probably seen a movie where a character finds out about cheating or something along those lines while their partner talks in their sleep. It's a real sleep disorder called somniloquy. However, if your partner talks in their sleep, don't wait for them to reveal a deep, dark secret because it rarely happens. Read more »
Link copied!
Interesting Articles
Did you know?
Vegan Meat Substitutes: What Are the Best Options?