What to do if Your Boyfriend is Macho

A boyfriend is macho when he does not understand that his partner's life has the same value as his. Therefore, he only sees his partner a submissive person whom he must maintain. 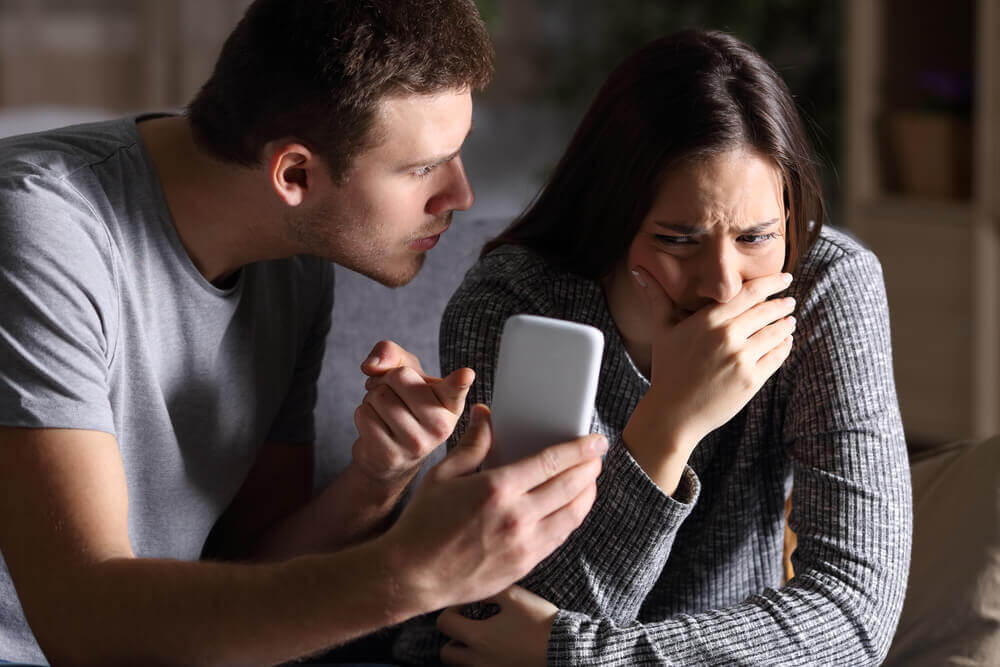 When a boyfriend is macho, the essence of the woman who’s with him begins to transform. If she continues to stay at his side, she is the one who must leave everything that’s important in her life to maintain a stable relationship. Any action that does not respect the norms of the man ends in a serious discussion that may harm her emotional well-being.

To think that the beliefs that men have rooted in the depth of their beings will change for love is a dream. They can disguise their darker side for a while, it will emerge at any time. And if they reach marriage, those same conceptions are transformed into the laws of the house.

If you want to have a happy and free life, you have to learn to identify these mentalities.

In this article, we’ll take a look at the signs of a macho mentality.

Signs that your boyfriend is macho

1. “Your friends want something more”

From the beginning, they begin to sow the seeds of doubt to get their girlfriend away from any male friends. A call, a message or a simple comment is enough for them to see a sexual charge. They get angry, they may make scenes.

His thinking is based on the harmful myth that girls with boyfriends do not have to maintain other relationships with the opposite sex. For macho men, this threatens the place they have.

7 Things You Should Never Tolerate in a Relationship

2. His mother is a greatest example of a woman

Macho men often place their mothers in the position of the ideal woman.

She knows how to behave in society and take care of her partner. If it’s about cooking, you have to ask for the recipes; although they probably won’t turn out as well. If the clothes get dirty, she has all the tricks for the best washing, since she dedicated her life to taking care of her children.

On the other hand, if the opinion is provided by the mother-in-law (their girlfriend’s mother), things change drastically. They consider them nosy women who don’t allow their daughters to have a harmonious marriage.

3. Work outside the home? That’s nonsense!

For macho men, the idea that women get good jobs outside the home is often very crazy. Actually, just forget about it…

According to this terribly sexist perspective, women have all their work at home, and even more so when children arrive. For macho men, women who decide to work ignore the responsibilities of the home.

4. Sensual clothes are for private use only

However, if the boyfriend is macho, they’re often forced to have two very different styles in the closet.

In the sexist minds of macho men, low necklines or short skirts are used by women who go out to provoke.

5. “There are friendships that are better to lose”

Childhood friends who were always next to his girl pose a risk to these boyfriends.

If they’re single or have casual relationships, for example, they’re truly a bad influence. The first thing that occurs to them is that they want to take their girlfriend down the wrong path.

Thus, they often try to encourage their girlfriends to cut contact.

Ten Habits That Healthy Couples Have

Often, macho men convince their girlfriends to close all their profiles in various social accounts. The excuse is that social networks are destroying couples, and he does not want that.

Macho men may use various arguments to try and convince their girlfriends that social media are harmful. However, it’s just another means to try and control them.

When the boyfriend is macho, he presents arguments that lead his girlfriend to be entirely disconnected.

Advice for women with macho boyfriends

If you manage to identify some of these signals in your partner, it’s time to end the relationship and leave. When your boyfriend is macho, the future of the relationship is very sad. One of the possible consequences is that the woman falls into a depressive state.

Macho men try and control every aspect of their girlfriends’ lives, and this isn’t healthy for anyone.

When the boyfriend is macho, psychological violence appears in the relationship and becomes a habit. In the worst cases, over time it becomes physical aggression.

Before this happens, ask for professional help as soon as possible.

Signs That He Isn’t the Man For You
Have you ever wondered if he is the man for you? Often, when we are in love, we don't pay attention to certain alarm bells that might go off in relation to the suitability of the person we've chosen. Read more »
Link copied!
Interesting Articles
Sex
Ten Common Questions about Sexuality