What It's Like to Live With Multiple System Atrophy 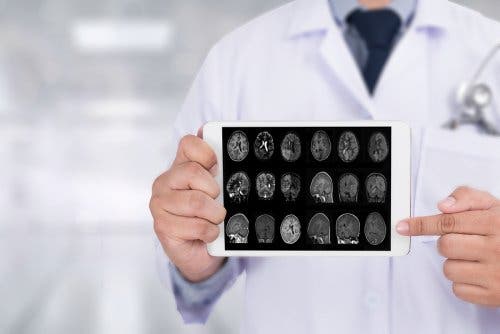 Today, we want to take a look at what it’s like to live with Multiple System Atrophy. This neurodegenerative disorder is uncommon and affects the autonomic nervous system and movement.

The symptoms that characterize this disorder include episodes of fainting and problems with an individual’s heart rate and bladder control. In the initial stages, the symptoms of Multiple System Atrophy are similar to those of Parkinson’s disease.

Multiple System Atrophy evolves quickly. Patients, in time, will have to depend on a wheelchair. They experience other degenerative processes including intermittent catheterization and executive dysfunction.

The evolution of this disorder is evaluated using a unified scale of the classification of Multiple System Atrophy. It catalogs everyday activities, vegetative nervous motor disability, and disability in general.

Unfortunately, for those who live with Multiple System Atrophy, the degenerative process is inevitable. In fact, the average life expectancy is between 6 and 9 years, as there is currently no cure for this disorder. However, there are a series of measures and medications that help to relieve symptoms.

What is multiple system atrophy?

Currently, experts are unaware of what causes Multiple System Atrophy to occur. However, professionals in the field have studied the possibility of it having to do with a specific hereditary component. In the same way, they’ve researched environmental toxins as a possible factor in this disease.

However, they found no evidence to support their theories. The disorder produces the deterioration and atrophy of certain parts of the brain. To be more specific, it affects the cerebellum, basal nuclei, and the brain stem. These parts are responsible for internal body functions, digestion, and motor control.

The most typical symptoms, among many others, are the following:

The way in which Multiple System Atrophy develops may vary, but the illness never goes into remission. Depending on how the degenerative process advances, daily activities can become harder and harder for patients to perform.

Discover: What Are the Symptoms of Vertigo?

Treatment for those who live with Multiple System Atrophy

As we stated above, no cure for Multiple System Atrophy currently exists. Nor are there any treatments to slow down the degenerative process in the brain. However, there are studies underway that are evaluating medication that could delay the evolution of the disorder.

Certain patients who suffer some of the most serious symptoms of this disease can benefit from medications or treatments that are specific to these symptoms. For example, they can add salt to their diets and avoid heavy meals and alcohol in order to decrease fainting and dizziness.

In this case, for patients who follow a low-sodium diet, doctors also prescribe fludrocortisone. At the same time, they often prescribe midodrine in order to increase the volume of blood and narrow blood vessels. Furthermore, drinking one or two glasses of water before getting out of bed can also help to raise blood pressure.

You may also be interested in: 6 Ways to Strengthen Your Nervous System

The process of Multiple System Atrophy

Multiple System Atrophy affects approximately 5 out of every 100,000 people.

Those who live with Multiple System Atrophy often feel a sense of urgency and a desire to live their lives once they receive a diagnosis. However, in the meantime, the degenerative process advances. As a result, patients may experience personal powerlessness, depression, and moments of crisis.

Therefore, it’s fundamental for these individuals to seek therapy, which can be very helpful in coping with the illness as well as possible. At the same time, the support of family members and close friends is also indispensable.

Death, at the end of the illness, generally occurs as a result of respiratory problems given the inability of the nervous system to self-regulate.

Neurodegenerative Illnesses: 7 Tips to Prevent Them
Here we share tips to prevent or lessen the symptoms of the four best-known neurodegenerative illnesses. If you have a genetic tendency to them, read on. Read more »
Link copied!
Interesting Articles
Illnesses
How to Prevent Ear Infections in the Summer

Illnesses
Changes in Eye Color Can Be Cause for Concern

Changes in eye color are a rare phenomenon that would alarm anyone. The eyes are one of the most striking…

Illnesses
Types of Celiac Disease and Their Characteristics

It's important to know that celiac disease doesn't always present itself in the same way. For this reason, experts have…

Illnesses
Mouth Ulcers or Sores: Everything You Need to Know

Mouth ulcers, or sores, are lesions that appear on the lips or at the base of the gums. They may…

Biliary lithiasis, also called cholestasis, is one of the most frequent pathologies of the digestive system. It's also defined as…