What is the Neuropathological Autopsy Technique?

A neuropathological autopsy technique involves two major phases. The first is a cranial autopsy and the second is an spinal autospy. In the first, doctors remove the brain, and in the second, the spinal cord, in order to conduct their investigation. 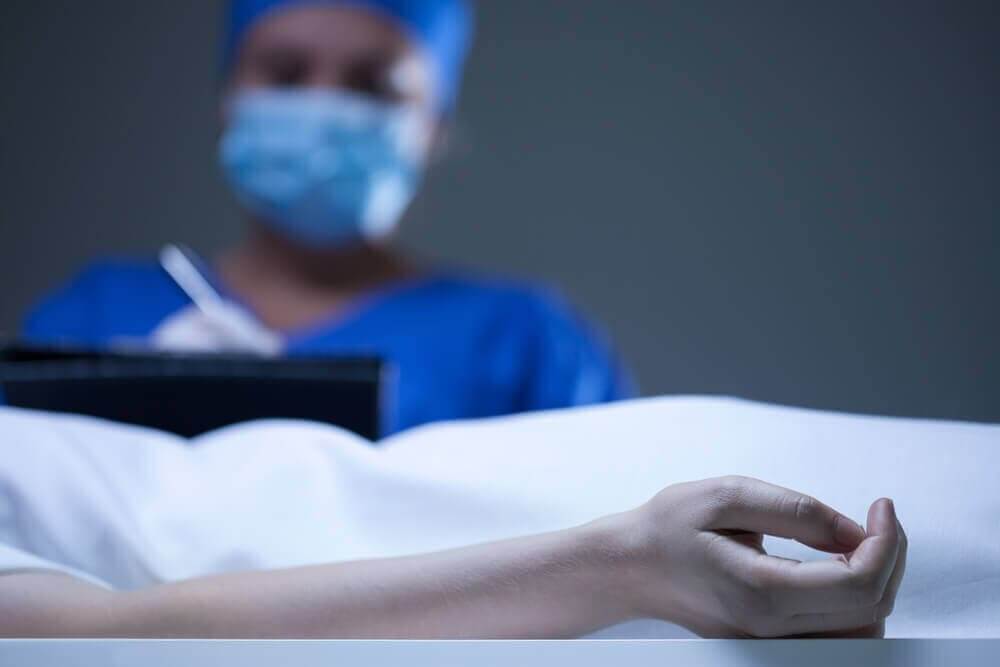 The neuropathological autopsy technique is a procedure that specialists perform to identify any possible injuries to the nervous system that may have lead to an individual’s death. These injuries may be primary or secondary.

The neuropathological autopsy technique involves processes of extraction and sampling of the nervous system. These are regulated procedures and vary regarding quantity and location, depending on whether the injuries are primary or secondary.

We’ll take a closer look at this interesting procedure in this article.

The steps involved in the neuropathological autopsy technique

The extraction of the brain

Discover more: What is Neuroplasticity in the Brain?

The handling of the brain in the neuropathological autopsy technique

After the brain’s extraction, it’s time to weigh it on a scale and then hang on a string that goes from the basilar to the brainstem. Finally, they leave the brain floating in 10% formaldehyde.

They then must close the container hermetically and label it. Normally, the brain will remain in formaldehyde for two weeks, except in cases of suspected prion disease. If that’s the case, then this period will extend to one month at the very least.

You may also want to read: What Is Neural Therapy?

The other major part of the neuropathological autopsy technique is spinal autopsy. The first step here is to extract the spinal canal, using an internal and external approach. Once free, the professional prepare it for the subsequent palpation and inspection of both sides.

The sampling of the spinal canal follows next. This involves making transversal cuts each three to four centimeters. In the case of a specific spinal pathology, representative samples of the lesion will be necessary. The samples must come from the cervical, dorsal, and lumbar regions, as well as from the sacrum level, when possible.

Overall, these are just a few of the amazing processes experts can resort to to learn about the cause of death and improve future medical treatments.

11 Daily Habits that Damage the Brain
Here are some habits that damage the brain. Be careful to avoid them! Click on the article to find out precisely what to avoid and how. Read more »
Link copied!
Interesting Articles
Illnesses
Swimmer's Itch: Causes, Symptoms and Treatment