What is Dyslexia? Learn About the Symptoms and Treatment

What is Dyslexia? Dyslexia is a disorder that is easily detectable in childhood. Although children that suffer from it have normal intelligence, their ability to read is affected. 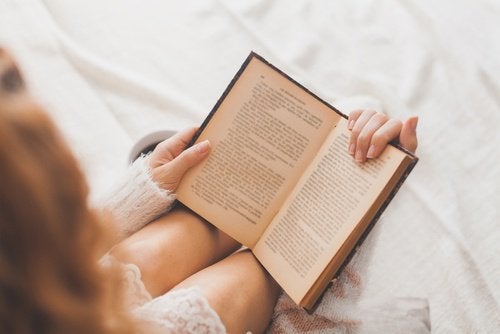 Dyslexia is classified as a reading disorder. It’s characterized by problems with precision and fluidity when recognizing words, making it difficult to spell. In other words, people with dyslexia have trouble reading and pronouncing words they see written.

This disorder is usually accompanied by trouble writing and difficulty with mathematical reasoning.

It’s important to highlight that people with dyslexia have a normal intellectual development. Their problems with reading and writing are not due to intellectual issues.

Who does it affect?

Dyslexia is an illness that, in the majority of cases,  is diagnosed during childhood. Although it can easily be diagnosed in children, it is a condition that persists throughout adulthood, and this can cause serious problems.

The data states that dyslexia affects between 5 and 10 percent of the population. At a practical level, in a primary school class of 25 children, this means at least one of them will be dyslexic.

How does dyslexia affect people’s lives?

The first problems are seen during one’s first few years of schooling. The difficulties to learn to read create a great barrier for these children. This is not only at an academic level, but it can also affect their personal development. After all, a lot of the time, it affects their self-esteem.

In many cases, these difficulties create a disinterest in reading. The consequences of this are:

People with dyslexia are conscious of their limitations in the large majority of cases. This explains the frequency that these people suffer from low self-esteem, anxiety, and even depression.

Why does dyslexia occur?

To respond to this question, we will continue by presenting the answers, step by step.

1. How do we read and write words?

When it comes to explaining how we read and write, the most accepted hypothesis is the dual-route model. According to this model, in order to write a word we can:

2. And what happens in the brain?

Generally, this means the connections between the areas of the brain that are involved with language are diminished.

3. What are the areas of the brain involved with language?

First, Broca’s area. It can be found in the frontal love on the dominant hemisphere. For the majority of the population, that means on the left side. However, it’s found on the right for a percentage of left-handed people. Generally, it is in charge of the articulation of words, of nomination, and of silent reading.

Second, the Wernicke area. This is found between the temporal lobe and the parietal of the dominant hemisphere. Its principal functions have to do with recognizing spoken words. Also, this is the zone where the sequences that form words are stored.

Finally, there exists an area related to the parietal and occipital cortices whose function is the formation of words.

What types of dyslexia are there?

Treatment for dyslexia is extremely important for decreasing the possibility of having more problems in the long run, both academic and emotional. In fact, it has been shown that rehabilitating treatments have a huge effect on kids.

Family support also plays an important role when working to treat dyslexia. It’s not only about motivating these kids to make progress in their academic and personal lives. In addition, it’s about emphasizing academic reinforcement activities. Then, their study techniques are greatly improved, especially with reading-writing.

Also, it’s important get kids to participate in activities that help their self-esteem (sports, extra-curricular activities, etc.) in order to better their mood. On a different note, if the child has major problems with anxiety or depression, you should seek medical help.

Love and Your Brain: How Does the Brain Respond When You’re In Love?
It may feel like magic and butterflies, but it all comes from your brain. Learn about the fascinating relationship between love and your brain. Read more »
Link copied!
Interesting Articles
Illnesses
Hepatitis in Children: What You Need to Know