What Does Ringing in the Ears Mean?

A ringing in your ears can be caused by many different factors. If you get a swift diagnosis and treatment it's possible to overcome the problem without serious consequences 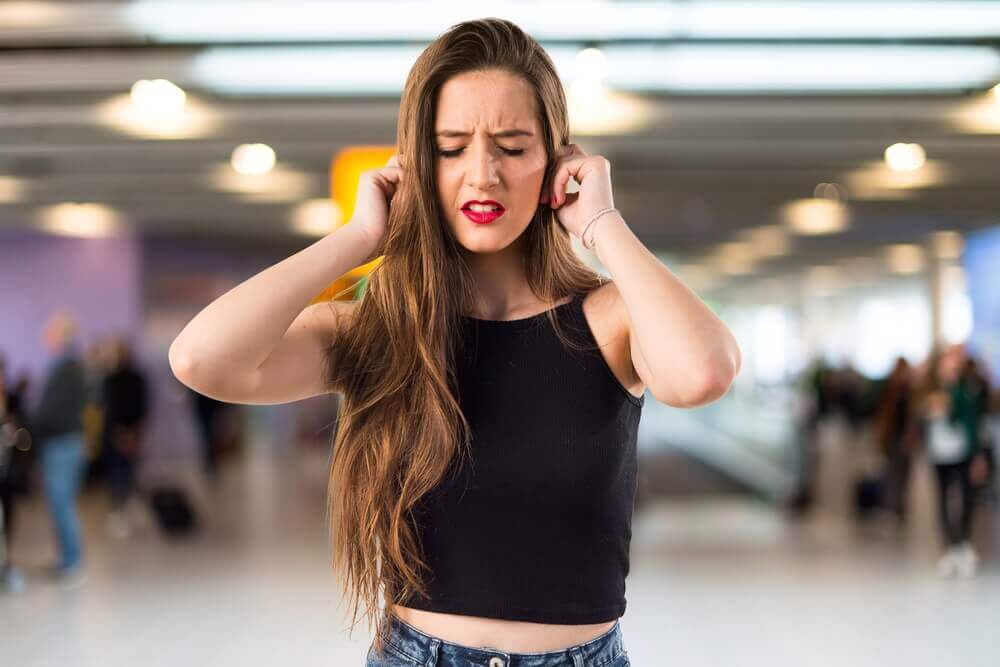 In many moments in life we tend to hear some strange noises or ringing in the ears. They can bother us, cause us to worry, and sometimes we don’t know what causes them.

If it’s only temporary, then the problem gets forgotten and you go back to normal.

In some cases, the ringing sound can be as a result of circumstantial factors:

However, some people have this problem repeatedly with a moderate to loud intensity. In these cases, you need to go straight to a doctor.

Loud or continuous ringing in the ears, or both, can be down to a serious problem.

Generally, it’s not due to an illness, but is an associated symptom with other problems.

In this article, we will look at some of the causes and a series of recommendations. You should remember as well that your food can also have an influence.

Definition and causes of ringing in the ears

Ringing in the ears is also known as tinnitus. It’s defined as a sensation of sound in the ears which doesn’t seem to have an external origin, i.e. only the person can hear it.

Approximately 15% of all people suffer from this problem; they hear pips, pulsations or vibrations, amongst other types of sound. It’s more common in people over 40.

Tinnitus can be caused by different things. The most common reasons are related to audio devices, or other pathological or non-pathological causes.

Amongst the pathological causes we find:

Other conditions that can cause tunnitus include:

What to do if you have a ringing in your ears

If this problem is frequent and continues, you should go to a doctor straight away for a diagnosis.

Once it has been identified as tinnitus, or as an illness that causes it, treatment must be swift. This way you will avoid making it worse or the possibility of irreversible after-effects.

The doctor could conduct a hearing test or request other medical tests. It’s possible that the patient will need to be remitted to other specialists like a psychiatrist, psychologist or endocrinologist.

Regarding the treatment, depending on the cause, the doctor will choose between medication, surgery, acoustic therapy or radio frequency therapy.

It’s recommended that you don’t take aspirin, since the acetylsalicylic acid is harmful in this condition.

The only situation in which you can use home-made remedies is if the cause is not pathological.

How to avoid ringing in the ears

One special prevention measure consists in avoiding exposure to loud sounds. In general, this is enough, alongside keeping healthy habits, and looking after both your physical and mental health.

If the diagnosis and treatment is swift, there’s a good chance that you will overcome the problem with no lasting consequences. Otherwise, a lack of care and attention to the problem poses a great risk to your health.

A prolonged episode of tinnitus can degenerate into a loss of hearing caused by the exhaustion of the auditive cells.

However, it can also cause the opposite: hyperacusis, a high sensitivity to sound due to over stimulation.

Other collateral damage caused by tinnitus are a reduction in the quality of life and performance at work. The patient can also suffer from frequent headaches, fainting, insomnia, depression, or anxiety, amongst other serious problems.