Uses and Side Effects of Dicloxacillin

This is a medicine used to fight bacterial infections. It's prescribed for adults and children over 12 years of age. How does it work and what are the side effects of Dicloxacillin? We'll tell you what you need to know in the article below. 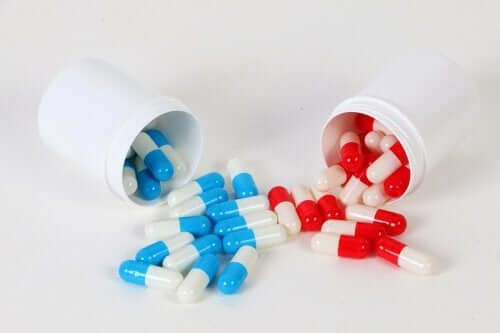 Dicloxacillin is a beta-lactam antibiotic belonging to the penicillin and penicillin-resistant group. The latter refers to enzymes that certain micro-organisms produce, which are capable of hydrolyzing and inactivating penicillin. In this article, we’ll tell you when doctors may prescribe this medication as well as the possible side effects of dicloxacillin.

A bit of history

The first antibiotic to be widely used in medicine was penicillin G or benzylpenicillin. Alexander Fleming discovered it in 1928, for which he won a Nobel Prize. Since then, advances in science have enabled the development of new molecules for the specific treatment of various bacterial infections.

Today, there are different groups of beta-lactams, in addition to penicillin G. These include ampicillin, amoxicillin, or penicillin-resistant penicillins, such as dicloxacillin, which we’re discussing in this article.

Doctors prescribe dicloxacillin for adults and children over 12 years of age, in the treatment of the following bacterial infections:

The dosage and duration of treatment will depend on the type of condition that requires treatment.

The mechanism of action of penicillin has to do with the activation of enzymes that alter the cell wall of bacteria by acting as a bactericide. In other words, they destroy the bacteria.

Some warnings and precautions for use

It’s important that before starting treatment with dicloxacillin, you notify your doctor if you’ve ever had an allergic reaction to penicillin or other beta-lactams. Like most antibiotics, dicloxacillin can lead to diarrhea or pseudomembranous colitis due to Clostridium difficile.

You may also want to read: How to Tell if the Gut Microbiota is Damaged

Can dicloxacillin interact with other medicine?

In addition, penicillins can interact with oral contraceptives, decreasing their effectiveness and, therefore, increasing the risk of pregnancy.

To date, clinical experience seems to indicate little risk to pregnancy, the fetus, or the newborn baby. However, doctors should conduct a risk/benefit assessment before prescribing dicloxacillin as treatment.

In the case of breastfeeding, it appears that there’s a very low rate of excretion of penicillin in breast milk. Therefore, it’s unlikely that the baby will experience any harmful effects. Just the same, a doctor’s risk/benefit assessment is most advisable.

Having said that, doctors often use dicloxacillin to treat mastitis in breastfeeding mothers. And sometimes this may affect the baby’s oral and intestinal microbiota, leading to episodes of diarrhea.

However, this effect seems to lack adequate research and penicillin treatment during breastfeeding continues to be compatible.

Side effects of dicloxacillin

The adverse effects of dicloxacillin and antibiotics in general mainly include gastrointestinal disorders, such as the following:

In addition, like other penicillins, it can produce allergic symptoms such as hives, itching, rash, or an anaphylactic reaction in the case of a severe allergy.

Discover more: Self-Injectable Adrenaline: How to Use It

It’s important to note that antibiotics are prescribed in the treatment of bacterial infections but aren’t effective in cases of viral infections.

For this reason, the use of antibiotics to treat a cold, flu, or any other virus won’t be effective and there’s a risk of creating resistance. Always consult your doctor.

The Differences Between Viruses and Bacteria
It's easy to confuse viruses and bacteria. However, there are several differences between the two. Do you know what they are? Read more »
Link copied!
Interesting Articles
Medication
Characteristics and Uses of Flumazenil