Types and Degrees of Narcolepsy

Narcolepsy is a disorder that causes sleep cycle alterations. Read on to learn types and degrees of narcolepsy! 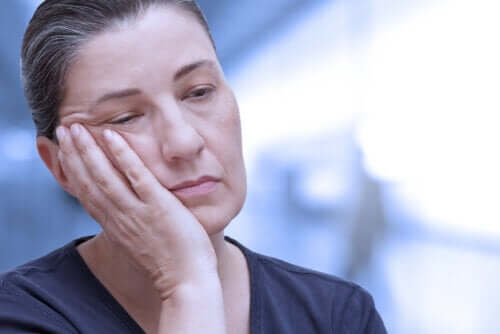 Narcolepsy, also known as Gelineau syndrome, is a rare disorder that has different types and degrees of presentation. It makes people fall asleep unexpectedly and affects approximately 0.1% of the world’s population.

The term narcolepsy was coined by Jean-Baptiste-Édouard Gélineau at the end of the 19th century. This researcher was the first to describe it in 1880. He gave it that name based on two Greek words, narke and lepsis, which together mean “numbness attack”.

Narcolepsy is a chronic neurological disorder that causes sleep rhythm disturbances. Its main symptom is strong drowsiness during the day and sudden drowsiness attacks that can’t be stopped.

Those with any type or degree of narcolepsy have great problems staying awake for several hours, regardless of the circumstances they find themselves in. For this reason, it significantly influences quality of life.

In some cases, this disorder appears with a sudden loss of muscle tone that’s defined, in medical terms, as cataplexy. This can occur due to an intense emotion and, ultimately, its appearance will define the type and degree of narcolepsy.

This disease has no cure and there’s no specific treatment as such. However, some medications help control these sudden sleep attacks. Likewise, lifestyle changes can prove helpful, as well as social and psychological support.

Narcolepsy is a rare disorder that causes severe sleep attacks that the patient can’t manage.

You should also read: Reasons Why You Wake up Tired

Characteristics of the disease

Here are the main characteristics of narcolepsy:

People with narcolepsy may also suffer from other sleep disorders, such as obstructive sleep apnea, sleep fragmentation, and restless leg syndrome (RLS). Although it’s paradoxical, they can also suffer from insomnia.

You may also be interested in: 10 Keys to Good Sleep Hygiene

Types and degrees of narcolepsy

According to the criteria of the DSM-5 (the fifth version of the Diagnostic and Statistical Manual of Mental Disorders), there are five types and degrees of narcolepsy, which are the following:

Although there’s no cure for narcolepsy, treatments are currently available. They relieve most of the symptoms and allow the sufferer to lead an almost normal life.

Also, people who suffer from this condition can make lifestyle changes, such as taking scheduled naps to relieve sudden drowsiness. Likewise, they must be rigorous with their sleep hygiene. A person with narcolepsy needs psychological and social support.