The Treatment of Tourette's Syndrome 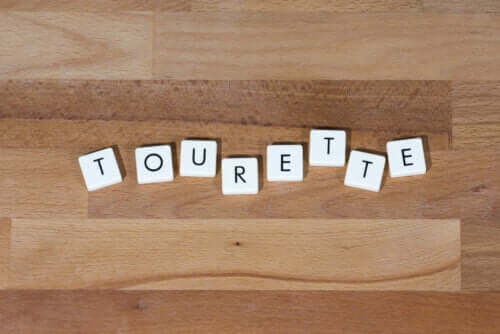 The treatment for Tourette’s syndrome is not a common issue, as this neurological disorder affects 1 in 100 people. It’s characterized by the appearance of tics (compulsive involuntary disorders) that evolve into repetitive movements or unwanted sounds.

This disease produces a great impact on the life of those who suffer from it, affecting both social and labor aspects. Unfortunately, no cure exists at this time. However, there are different approaches that can improve the situation. We explain them to you in the paragraphs below.

What is Tourette’s syndrome?

Tourette’s syndrome, as we’ve just mentioned, consists of the appearance of involuntary movements or sounds that are uncontrollable. In most cases, this pathology begins to manifest itself in childhood or adolescence, before the age of 15.

The cause of this disorder is unknown, however, experts believe that both genetic and environmental factors play a role. In fact, it’s more frequent in people who have a family history, as it appears more in men than in women.

The tics are movements or sudden and brief sounds and fall into two categories: Simple or complex. The first are those that involve small muscular groups, for example, blinking. On the other hand, complex tics include more muscular groups.

Many people identify Tourette syndrome as the pathology that causes swearing or insults at inappropriate and uncontrolled times. However, the manifestations can vary greatly and don’t necessarily include this symptom.

The involuntary movements of tics are the classic sign of the syndrome of Tourette.

The medical treatment of Tourette’s syndrome

Many people don’t require any treatment for this pathology. That’s because, in some cases, the symptoms are mild and don’t influence daily life. Nevertheless, they can also be incapacitating, which is why different forms of alleviating the tics exist. One of them is by means of medicines.

A review article published in the National Institute of Neurological Disorders and Stroke states that certain neurotransmitters, such as dopamine, are involved in the development of this pathology. Therefore, medical treatment of Tourette syndrome involves drugs that block or decrease dopamine.

For example, doctors prescribe haloperidol and risperidone. On the one hand, these medications seem to help to reduce the tics. However, they present a high risk of secondary effects, such as weight gain.

Another option is to inject botox into the muscle that’s generating the tic. Currently, research is undergoing on the use of antiseizure medications as well, such as topiramate.

At the same time, it’s important to highlight that Tourette’s syndrome usually exists along with other pathologies. Some of these include anxiety, depression, and obsessive-compulsive disorder. Hence, doctors frequently prescribe antidepressant and anxiolytic drugs to alleviate these symptoms.

You may also be interested in: 10 Physical Signs of an Anxiety Disorder

Behavioral therapy as a treatment for Tourette’s syndrome

Behavioral therapy is a type of psychological therapy that seeks to re-educate patients to learn to control their tics. The idea is that, when patients identify the signs that appear before the involuntary gestures, they can produce another response that counteracts them.

This type of therapy consists of different strategies. Although it’s certain that it helps to reduce the number and the seriousness of tics, it’s not a definitive cure for Tourette’s. In addition, it’s not effective for all people.

One of the techniques within behavior therapy is habit reversal. According to a study published by the University of Miguel Hernández, it has the possibility of effectively treating Tourette’s syndrome without requiring drugs.

This method consists of different stages and involves increasing awareness of tics to identify them. From there, individuals learn to produce a response that’s incompatible to the tick.

For example, let’s say the tic consists of touching their head with the hands. So, the first step would be to become aware of this movement and when it’s going to happen. Then, new behavior would be to place the hands elsewhere, such as on the knees, to avoid making the gesture.

Psychological support is a form of treatment that aims to be drug-free as much as possible.

Another type of behavioral therapy for the treatment of Tourette’s syndrome is CBIT. In this case, it includes habit reversal, relaxation, and education regarding one’s own tics to reduce the symptoms of the disorder.

This type of strategy not only addresses patients but also involves other people in their environment to boost improvement. For example, if it’s a boy in school, then treatment will also involve the boy’s teachers.

What you should remember about the treatment of Tourette’s syndrome

The treatment of Tourette syndrome is complex and the disease has a great impact on those who suffer from it. While there’s no cure for this pathology, different strategies exist in order to improve the symptoms.

Behavioral therapy is a promising front for improving the quality of life of these people without the need for drugs. It’s very important to emphasize that psychological support is essential when it comes to coping with the pathology.

What Is Horner’s Syndrome?
Horner's syndrome is always caused by another disease the patient has suffered. Due to this syndrome, the most characteristic symptom is that the pupil on the affected side of the face contracts. Read more »
Link copied!
Interesting Articles
Illnesses
Can Celiac Disease Cause Infertility?