The Nutriscore System: A Growing Trend in Europe

The Nutriscore System is a way of making the nutritional values of foods more visible. Several countries in Europe have recommended this food labeling system, including France, Germany, Belgium, the Netherlands, and Spain. 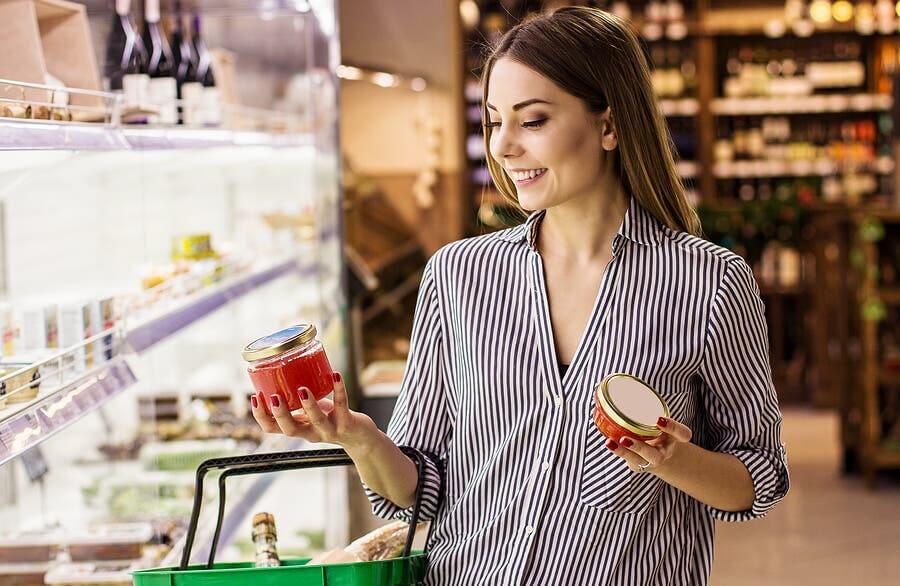 Authorities in Germany, Belgium, the Netherlands, and Spain have also recommended this system, as well as the European Commission and the World Health Organization.

How does the NutriScore system work?

NutriScore is a food labeling system for the front of packages where it’s clearly visible to consumers. It classifies foods into five different categories – A through E – according to their nutritional value.

These categories, or scores, are represented by different colors, similar to those on a traffic light. Category A, which is dark green in color, is the highest nutritional score. At the same time, category E, which is red in color, is the lowest score.

The NutriScore system uses colors to classify foods according to their nutritional properties.

NutriScore assigns a score to foods according to the nutritional quality of each 100 grams or 100ml. Components that are considered “unfavorable” receive points on a scale of one to ten. At the same time, a point system ranging from zero to five applies to beneficial components.

You may also want to read: What’s on a Nutrition Label?

The algorithm of the NutriScore system

These points serve to calculate the final nutritional value of foods, using the following algorithm:

The following image displays the algorithm that experts use to assigns nutritional scores:

According to the final number of points, foods are classified in the following way:

The points system for drinks and pure fats and oils are somewhat different in order to better adapt to their nutritional characteristics. However, the system for obtaining the final result is the same.

The advantages of the NutriScore system

The disadvantages of the NutriScore system

Despite its limitations, several studies have shown that the NutriScore system is a useful tool for nutritional awareness. Even people who don’t know a lot about nutrition and health choose products with greater nutritional value when they use the NutriScore as their guide.

The fact that the NutriScore system helps people make better nutritional decisions will help to improve the eating habits and health of consumers in general.

5 Essential Nutrients for a Healthy Diet
...when you create a healthy diet you should pay special attention to make sure it includes the essential nutrients like vitamins and minerals that your Read more »
Link copied!
Interesting Articles
Nutrition
Nutritional Information and Health Benefits of Peas