The Foods that Produce the Most Gas

Gases, belching, and flatulence can be a little unexpected or day's discomfort. Sometimes, these become symptoms that can hinder normal life. 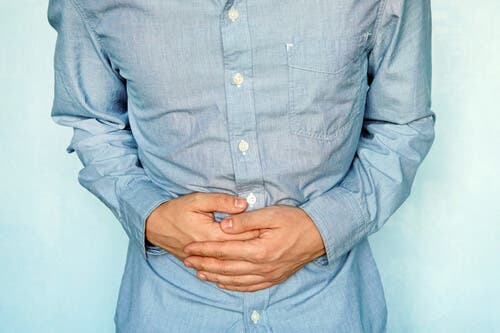 Although gas is sometimes difficult to treat, it can improve with some diety guidelines and daily habits. To try to reduce the discomfort that gas generates, it’s a good idea to become familiar with the foods that produce the most gas and organize a diet based on these recommendations.

What is gas and how can we detect it?

Gas, or flatus, occurs when air accumulates somewhere in the digestive tract. This is called meteorism. It usually happens when we’re swallowing air while we’re chewing or as a consequence of the fermenting activity of intestinal bacteria.

In general, it’s normal for gas to form. We usually eliminate it without further problems through belching or intestinal flatus. For some people, however, it can accumulate and generate a lot of severe discomfort and pain.

Some situations may favor the accumulation of gas:

Sometimes, gas formation is inevitable, but by knowing the foods that produce the most gas, we can gain better control over the situation. Let’s take a look at the foods that commonly generate more problems.

Which foods produce the most gas?

We don’t tend to think about our beverages when we analyze which are the foods that produce the most gases. However, carbonated drinks are consumed by tons of people, and sometimes in very large quantities.

These drinks are made up of a type of gas—carbon dioxide. So, by drinking them, we’re basically ingesting a large amount of gas. If we are not able to eliminate it properly, it becomes stuck in the digestive system. This can cause an overproduction of gas – and discomfort.

Legumes, in general, are very nutrient-dense foods. However, in their composition, you’ll find a type of carbohydrate called alpha galactosides. This carbohydrate belongs to the FODMAPs group.

The problem with this type of carbohydrate is that we cannot easily digest them. Therefore, when the food reaches the colon, the carbohydrate becomes fermented by our bacterial flora and produces gas as a result. Additionally, due to the high amount of fiber found in legumes, flatus increases in people who aren’t used to consuming them.

To improve this side effect, you can eat legumes in small amounts at a time and choose skinless varieties such as red lentils. You can also crush and blend them, either in the form of hummus or mashed legumes.

Onions, as well as garlic and leeks, are vegetables that, while rarely eaten alone, do form part of the preparation of many dishes. These foods contain a considerable amount of fructan. This is a type of fiber that can be very difficult to digest for some people, which is why it causes gas and bloating.

Also, fructan is also found to a lesser extent in some grains—wheat and rye— and vegetables like artichokes, peas, and cabbage.

4. Apples and other fruit with high levels of fructose

Apples not only contain a significant amount of fructose but are also abundant in sorbitol. Both fructose and sorbitol are difficult to digest for some people. Furthermore, it’s also important to mention the amount of fiber that several fruits contain, much like legumes.

Other fruits that are rich in fructose that people with gas problems should be on the look-out for include pears, peaches, and plums.

Vegetables such as broccoli, Brussel sprouts, and cauliflower are part of this family of vegetables. The problem with this group of vegetables is the presence of raffinose. This type of sugar usually remains undigested until it reaches the large intestine, where it becomes fermented.

Here are some kitchen tricks that can help us decrease the flatulent effect of cruciferous vegetables :

Polyols—sugar alcohols—are poorly digestible products that often replace sugars. The best-known ones are xylitol, sorbitol, and mannitol, which are commonly used in the preparation of “light” and sugar-free foods.

Since they aren’t easy to digest, they reach the colon and are fermented by intestinal bacteria. While some beneficial substances for the intestinal mucosa are produced as a result of fermentation, a large amount of gas occurs as well. If the body doesn’t remove this gas properly, it becomes trapped and can cause pain and discomfort.

Although the foods that produce the most gases are the ones we list, each person has a very specific tolerance level. Therefore, the important thing is to know how each of them affects us personally.

We can, therefore, regulate our intake to minimize the negative effects of gas-causing foods. However, we must not forget to consult a doctor if there are warning signs such as changes in the consistency of the stool, bleeding when defecating, weight loss or constipation, and diarrhea.

What Do Intestinal Gases Say about Your Health?
Excess air in the intestine causes abdominal distension. Bacteria, from the food that we eat, cause intestinal gases. Without the habits of a good diet, exercise and vitamins, gases will be a constant problem. Read more »
Link copied!
Interesting Articles
Diet
Eating Gluten-Free: Myths and Facts