The Brain’s Reward System: How Does it Work?

Numerous studies have shown that the brain’s reward system is activated by certain drugs, such as cocaine or heroin. Read on to learn more! 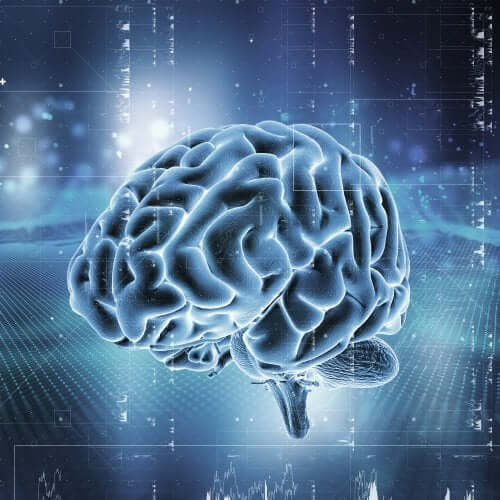 The reward system is another curious and complex aspect of our brain. It’s a mechanism that allows humans to relate certain situations with pleasure. In reality, it’s a way to adapt and improve survival.

This is because, when you associate a pleasant sensation with an action, you stimulate learning. For example, the reward system attributes pleasure to sex, which makes people want to do it again. Thus, the survival of the species is assured.

Many brain areas are involved in this circuit. Therefore, studying it is quite complicated and multifactorial. In addition, the brain’s reward system not only works with basic activities, such as eating or sex.

In fact, it’s quite important. It even intervenes in drug addiction or rewarding activities, such as playing sports. Due to its importance, we decided to explain the basics of the brain’s reward system in this article.

The structures involved in the brain’s reward system

The reward system is located in the brain. In fact, it isn’t located in one particular area of the brain. Like most of its functions, it’s distributed in different areas that are connected to each other, forming a circuit.

The knowledge of these areas is complex, because our brain is a difficult organ to analyze and study. However, experts know that some areas participate in this reward system:

To sum it up in a nutshell, we can say that most of the reward system is located in a circuit called the mesolimbic pathway. Dopamine is the substance that allows this circuit to activate.

What situations activate the reward system?

As we already mentioned, the reward system is actually an adaptive function. Thus, it’s related to the basic needs that allow us to survive individually and as a species.

Firstly, it’s responsible for aspects such as eating, drinking, or having sex. The taste of food gives us pleasure, the same as drinking water when you’re thirsty, or taking part in sexual activity. Thus, it stimulates the learning and repetition of these actions.

However, these aren’t the only functions that motivate this system. For example, you can experience pleasure with games, sports, and, of course, drugs. Many studies have shown that cocaine, among other substances, also activate this circuit.

Inevitably, this may lead you to think about the risks of the brain’s reward system. Addictions are the negative part of this wonderful adaptation mechanism.

You may like this article: 6 Signs of Alcohol Addiction You Shouldn’t Ignore

How do drugs work on this system?

First of all, the act of using a drug such as cocaine or heroin is voluntary. Normally, it’s the result of curiosity or the image society creates of a substance. However, using a drug only once activates the brain’s reward system. It generates an intense feeling of pleasure that, involuntarily, makes you want to use that drug again.

In cases of strong addictions, the reward system can become altered. For example, people who are addicted to heroin barely feel pleasure in other activities that aren’t derived from taking this substance. In other words, not many other things satisfy them.

However, it’s important to know that not only substances cause this. There are many independent addictions too, such as compulsive gambling. In the end, the result is almost the same.

This article may interest you: Important Reasons Why You Should Quit Smoking

The brain’s reward system is an extremely complex mechanism. It has allowed us to adapt and survive as individuals and as a species. However, it also has negative aspects, such as addiction, among other things.

How to Beat Your Food Addiction Before Dieting
One of the most difficult things in regard to starting a diet is giving up certain foods. Sticking to a diet is especially difficult at first. Here are some methods to help you get over your food addiction, so you can start dieting. Read more »
Link copied!
Interesting Articles
Anatomy and physiology
A Fracture or a Sprain: What's The Difference?