The Amazing Process of Peristalsis

Peristalsis is a function of the human body that displaces some substances within tube-like organs. In this article, we'll tell you how it works. 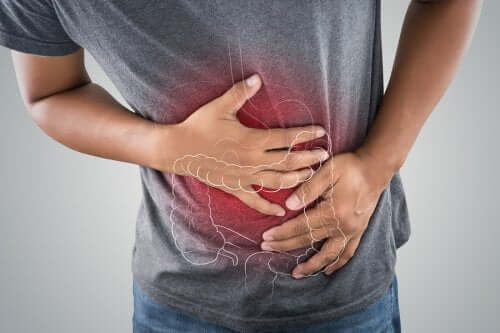 Peristalsis are muscle contractions that occur in the tube-like organs of the human body. This includes the gastrointestinal tract and also the urinary tract, where tube-shaped structures transport substances.

Peristalsis contractions are organized and rhythmic. They occur at a frequency that’s considered normal and through the smooth muscle present in the walls of tube-like organs.

The smooth muscle is autonomous. In other words, it’s involuntary. You can’t give this muscle conscious orders to contract. Thus, it depends solely on brain orders you have no control over.

When the brain becomes aware of the presence of food in the digestive tract, it sends the order to the smooth muscle of the bodies involved to perform certain movements. These movements generate the transport of food from the mouth to the anus.

The same mechanism also applies to the urinary system. When the brain detects the presence of urine produced by the kidneys, it sends information so the ureters transport it to the bladder by peristalsis.

Thus, we could say that peristalsis has three main functions:

The steps of peristalsis

Peristalsis moves the bolus through the digestive system.

In addition, it occurs rhythmically and in an organized manner. Once food enters the mouth and is crushed, it then reaches the esophagus. There, peristalsis is responsible for moving the bolus (see diagram) that’s been created to the stomach. These same movements prevent the bolus from going back up.

When the stomach secretes gastric acid and does the appropriate actions on the bolus, the next stage of the journey is the small intestine. Then, peristalsis transfers the substances to the duodenum, jejunum, and ileum. There, bile acids from the gallbladder are added.

In the small intestine, nutrient absorption depends on good peristalsis, as well-executed movements allow the displacement of small substances into the intestinal walls.

Finally, the digested food will be dehydrated in the large intestine. Here, the coordinated movements play a key role in fecal expulsion. Both the rectum and anus depend on these movements to do the last step.

Due to various reasons we’ll explain below, a person’s peristaltic movements may be slower than usual. This can lead to constipation in the digestive tract. And constipation can lead to health problems.

Among the most common causes of decreased peristalsis are:

Childhood is characterized by changes in the peristaltic rhythm.

This article may interest you: Childhood Constipation: What it Is and What to Do

Just as you can suffer from decreased peristalsis, the movements can also increase more than necessary, causing the final effect of diarrhea. These are the most common causes:

In summary, peristalsis is a normal and vital bodily function. Without it, you couldn’t live normally. It’s responsible for transporting food through the digestive tract and urine in the urinary system.

However, its normal function may be impaired. Thus, you must consult your doctor if you notice that you’re having more or fewer bowel movements. Your doctor will know if it’s a momentary change or if it’s something that requires specific treatment.

8 Foods to Trigger a Bowel Movement
Try the following recommendations in order to alleviate your constipation and irregular bowel movements. You'll soon start to notice a difference. Read more »
Link copied!
Interesting Articles
Anatomy and physiology
Why Are Some People More Sensitive to Pain than Others?