Systemic Lupus Erythematosus: What Is It?

Systemic lupus erythematosus is the quintessential autoimmune disease. Learn more about it in this article. 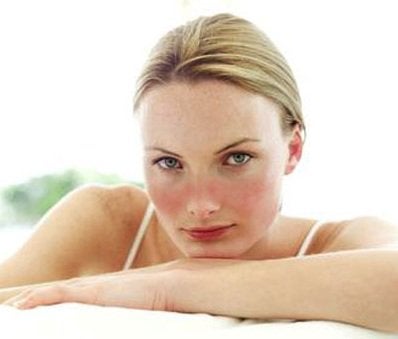 Systemic lupus erythematosus (SLE) is a rheumatic disease (a disease that affects the skin and connective tissues), considered the quintessential autoimmune disease.

Because it’s an autoimmune disease, its most typical characteristic is the presence of autoantibodies. Therefore, in other words, antibodies produced by the person’s own immune system that “attack” the cells of their own body.

However, in the case of lupus, the final result of these autoantibodies is the appearance of lesions on organs and tissues.

This is why it is considered a “systemic disease” or “non-organ specific.”

Finally, it’s a chronic illness that consists of alternating periods of remission and exacerbation of the symptoms.

Systemic lupus erythematosus affects women more often (10:1) as well as black men and women (3:1). The risk is greater for direct relatives of people with the disease than in the rest of the population.

Firstly, the exact cause of the illness is unknown though it does seem undeniable that it is multifaceted.

A series of genetic, hormonal, and environmental factors act on a predisposed immune system, ultimately leading to the typical clinical presentation of the disease.

What does it mean for an immune system to be “genetically predisposed”?

A person’s immune system doesn’t trigger an abnormal response just because, but rather because it has a predisposition for it.

This predisposition comes from the existence of susceptibility genes (genes indirectly related to the disease that make those who possess them have a higher likelihood of suffering from the disease) and moreover the absence of protective genes.

These factors add up to produce a modified immune response to external or internal factors.

Finally, when the response is too prolonged, they call it autoimmunity.

Systemic lupus erythematosus has a significant link to HLA – DR3 and HLA – DR2. Moreover, it links to genes that code components of the complement system (relation to deficiency of C2 and C4).

HLA (human leukocyte antigens) are molecules in all cells in a person’s body. Coincidentally, they allow the immune system to differentiate between what is their own (to not attack it) and what is other (to attack it).

The complement system comes from molecules with the goal of eliminating anything that is “other”.

The greater prevalence of systemic lupus erythematosus in women of child-bearing age than in men has led to the idea of a link between sex hormones and the illness.

Therefore one’s own hormones (estrogen, progesterone, prolactin, testosterone…) and others (hormone replacement therapy or contraceptives) seem to play an important role in the disease. Meanwhile, there is no consensus on the significance of the influence.

The final result is the creation and deposit of immune complexes in tissues of the body. (Immune complex is the name given to the molecule resulting from the antigen-antibody union.)

Moreover, this deposit is one of the main mechanisms by which the tissue lesion is produced, along with the inflammation and apoptosis (cell death) processes that come from the abnormal immune response.

Musculoskeletal manifestations (95%): consist mainly of muscle and joint pain. Coincidentally, these are the most common symptoms.

Skin lesions (80% of cases): more than half of people with lupus suffer from photosensitivity. Skin lesions may also appear in any of three ways:

Blood alterations (80%): the most common is chronic anemia.

Lung manifestations: in half of patients. Coincidentally, the most common is pleuritis and the most serious is a massive alveolar hemorrhage (fortunately it is very rare).

Cardiac manifestations: the most common is pericarditis.

Lupus nephritis. It affects half of patients and is cause for concern.

Many other manifestations may be present, depending on the affected organ, such as miscarriage, keratoconjunctivitis, etc.

In conclusion, the most characteristic symptom of lupus is the appearance of ANA autoantibodies (antinuclear autoantibodies), found in 80-90% of patients.

Learn the Symptoms of a Cardiac Arrest
Your health is no small matter. It's very important to know the symptoms of a cardiac arrest for that you know how to act should it ever happen to you. Read more »
Link copied!
Interesting Articles
Illnesses
Can Celiac Disease Cause Infertility?