Symptoms of the Most Significant Esophagus Diseases

Because it plays a vital role in our overall health, it is important to know about the esophagus diseases and their symptoms early on. 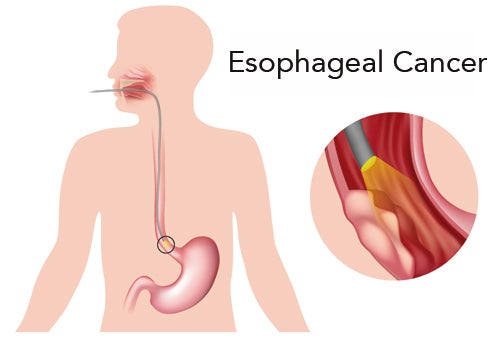 Esophagus diseases are many and they can be dangerous. The esophagus plays a vital role in our body.

It is responsible for transporting both food and liquids, but we only notice its existence when we swallow something very large or we ingest something that is colder or hotter than we are used to.

There are changes that you should keep in mind when it comes to your health, aspects that sometimes go unnoticed and that are worth knowing about.

The most common problem associated with the esophagus is undeniably gastroesophageal reflux disease.

But there are other disorders and diseases that have specific traits and afflictions that could prohibit us from nourishing ourselves normally or that could stop us from ingesting the nutrients we need.

However, let’s take a step by step look at each one of these problems that affect this organ in our body.

Esophagus diseases and their symptoms

Achalasia is a disease that is sometimes hereditary where the esophagus (formed by a type of ring) stops contracting and stops transporting food to the stomach normally.

We know that the stomach separates acid and pepsin, which are fundamental for the digestion of food.

But the valve that separates the esophagus from the stomach might have a problem and allow these acids to spread to the esophagus, thus causing damage to it.

Read also: Everything You Don’t Resolve in Life Comes Back to You

Esophageal varices are dilated abnormal veins located on the end of the esophagus and they are connected to the liver. But when our liver is sick, varices can break.

This is a serious problem.

4. Cancer of the Esophagus or Esophageal Cancer

Cancer of the esophagus occurs when some malignant cells attack its tissue and its structure, invading it. The reasons this cancer occurs are almost always because of tobacco use. However, a very small percentage of cases are brought about by unknown reasons.

Did you find the information on esophagus diseases useful?

Aloe Vera Remedy With Honey For Stomach Problems
With a little honey, you can make an ideal aloe vera remedy to make those uncomfortable symptoms disappear. Learn how in this article! Read more »
Link copied!
Interesting Articles
Illnesses
The Connection Between Erectile Dysfunction and Diabetes