Sulfites in Food - Allergies and Sensitivity

Sulfites are an additive commonly used in processed food. They're supposedly harmless and yet can lead to adverse reactions in some people. 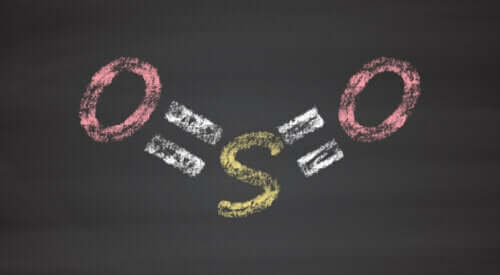 Sulfites in food are chemical compounds, and were already used as preservatives by the Ancient Greeks and Romans.

Currently, the food industry uses them to prevent the oxidation of fats and oils in processed goods. This is because they can maintain the original color of the food (preventing them from darkening) and also prevent the proliferation of molds, bacteria, and unwanted yeasts.

Sulfites can be recognized in nutrition labels thanks to their specific nomenclature. Producers must specify the function these substances fulfill in the food and then list them by their name or by their E number. They range from E220 to E228.

This statement in the labeling of a food product is mandatory because sulfites are part of a group of substances known to cause hypersensitivity as shown in the Codex Alimentarius.

What types of products contain sulfites?

Its use is permitted in the following food groups:

In addition to food products, there are sulfites in some pharmaceutical and cosmetic products.

In contrast, the Food and Drug Administration in the USA banned the use of sulfites in fresh fruit and vegetables, except potatoes, in 1986. And they’re not allowed in fresh meat, fish, and seafood either as this additive destroys the thiamine – or vitamin B1 – present in food.

As we’ve already mentioned, the use of sulfites is allowed in the food industry. They’re present in some fermented goods, such as wine and beer. In fact, they’re naturally occurring, although in minimal quantities, in these products.

All food additives that are permitted are, in principle, safe and harmless. The amounts used are regulated and the maximum allowed is well below the values ​​that would pose health problems.

The safe daily sulfite intake has been in place since 1974. This is 0.7 mg per kg of weight per day.

However, the use of sulfites can be problematic in some people with allergic reactions. And this is why some agencies such as the European Food Safety Agency (EFSA) and the Food Standards Australia New Zeland (FSANZ) appointed expert commissions in charge to review the use of sulfites in food.

Main conclusions of the latest revisions

After analyzing these latest reviews, both EFSA and FSANZ drew similar conclusions regarding the use of sulfites in food.

At the moment, they continue to indicate that the intake of sulfites shouldn’t alarm consumers. However, both organisms observed the ease with which a large number of people can easily exceed the maximum recommended amount of 0.7 mg per kg. These are mostly adults and children who consume large amounts of sulfite containing food.

This is why they stress that “we need more studies to evaluate the effects of sulfites in the body because some people may have adverse reactions.”

Meanwhile, they suggest that the labels clearly reflect the level of sulfites contained in the final product. This is so that people sensitive to sulfites can limit their consumption. Reviewing the labels is one of the best ways sensitive people can avoid excessive or unforeseen exposure.

What people are most sensitive to sulfites in food?

These reactions in sensitive people usually lead to the appearance of various allergic symptoms such as:

In addition, sulfur dioxide can be dangerous in high amounts, irritate the respiratory tract, and may cause further problems to people with asthma. Between 4 and 8% of them experience adverse reactions with sulfites.

The mechanism of the reaction is unclear but it seems that some compounds lead to bronchoconstriction. It leads to symptoms such as coughing, shortness of breath, wheezing, and hoarseness.

In conclusion, continued exposure to sulfites may be a problem for some asthmatic people and for particularly sensitive people. As we wait for news on the maximum recommended doses, these people should pay more attention to the consumption of products that contain the said substance.

Food Additives – Allergies, Symptoms, and Treatments
Although the data is still scarce, we know that there are a significant number of allergies to food additives. It isn't simple intolerance and can cause immune reactions that could be life-threatening. Read more »
Link copied!
Interesting Articles
Diet
What's a Cheat Meal?