Vitamin K plays an important role in synthesizing proteins linked to blood clotting, which is why a deficiency could lead to a stroke, among other problems. 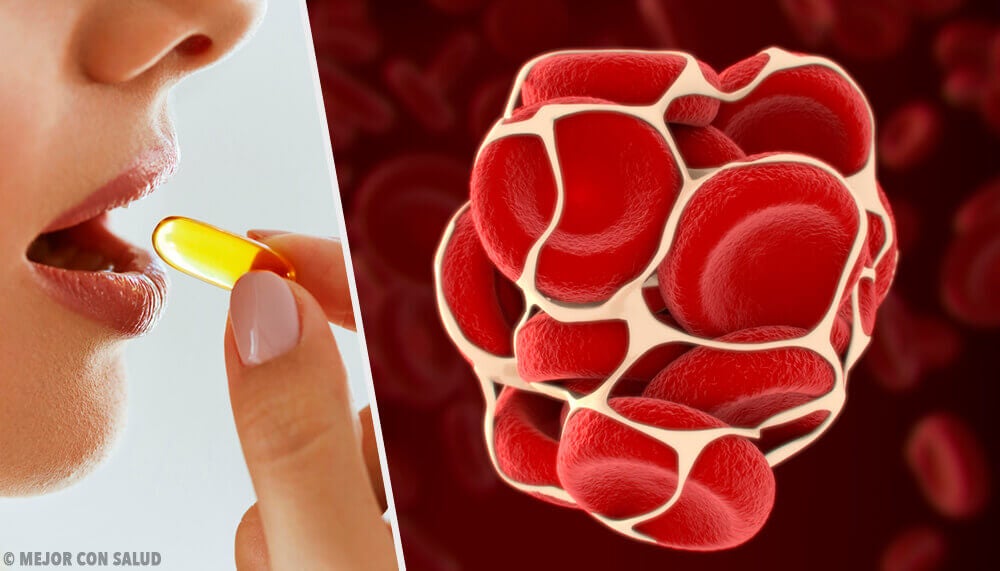 Do you know the signs of a vitamin K deficiency?

Does this sound familiar?

You’re working and then, suddenly, you get a nose bleed. On a different day, you’re putting on new shoes and start to bleed in an unusual way. You’re not really sure what’s going on, but lately, you’ve been noticing strange bleeding.

Well, it just might be possible that you have a vitamin K deficiency.

Have you ever heard of it? No?

There are other, more popular vitamins than vitamin K, despite it being just as necessary as the rest. This is why we’d like to inform you about it and help you know the related symptoms in vitamin K deficiency.

What Does Vitamin K Do?

Those who take acenocoumarol (Sintrom) are very familiar with vitamin K. It’s a drug that’s responsible for making sure that blood clots correctly. The people who use acenocoumarol have restrictions in vitamin K consumption because the medication aims to prevent blood from becoming too dense.

When your blood is too loose, you risk suffering uncontrollable hemorrhages at unexpected moments, such as at the dentist or podiatrist, among other places. In the worst case scenario, you could even suffer a stroke.

To prevent this, you should be getting enough vitamin K in your diet. The good news is that there are plenty of foods that have vitamin  K. You can distinguish them by looking for green foods, which will make it easy for you to add them onto your plate.

We recommend that you read: Symptoms of Blood Clots in Your Legs

What are the symptoms associated with a vitamin K deficiency?

When you don’t the sufficient vitamin K that your body needs, you can experience the following symptoms:

As we mentioned before, when you have blood with a very loose consistency, you’re more likely to suffer from hemorrhages. For example, a small cut from cooking could become a serious problem because stopping the bleeding could be a complicated ordeal.

For that reason, it’s important to check your vitamin K levels. Remember that if you go to the dentist or if you undergo any kind of intervention or minor surgery, you could really get into some trouble. On the same note, you can’t forget about the possibilities of having internal hemorrhages, whether they be light or heavy.

Regardless of how serious your case is, these symptoms can become a serious problem for your health and life in the long term.

Also read: What to Do When Your Nose Bleeds

The least serious sign of a hemorrhage is bruising.

Bruising is the accumulation of blood that results from bleeding. However, frequent bruising can be an advantage because it can alert you of a vitamin K deficiency.

There are people who complain that they bruise even with the smallest hit. On the other hand, others might not even know why they bruise in the first place because they don’t recall anything that could have caused it. Despite the lack of collision, they bruise.

If you show this symptom, you should get a blood test to check your body’s vitamin K levels. Treating a possible vitamin K deficiency in time can allow you to attend your condition more efficiently, and as a result, the related symptoms.

Purpura is the spreading of purple or red spots in certain areas of the body due to blood accumulation. Contrary to bruising, these spots don’t disappear. They’re most common in the ankle regionbecause it’s a critical location in terms of blood circulation.

If you suffer from this condition, and though it might be impossible to get rid of the spots that already formed, you can stop it from spreading by consuming more vitamin K. However, you should be very aware that the signs can worsen or improve.

Vitamin K acts like a guide for vitamin D to go to the right places. As a consequence, when your vitamin K levels are low, vitamin D builds up in the wrong areas of your body such as in joints and cartilage.

What does that mean?

Too much calcium in these areas can make it harder to move. At the same time, other areas weaken because of the lack of needed calcium. If the vitamin K deficiency is severe, you might experience sharp pain and overall weaker skeletal system.

Be on the lookout for any of these symptoms. While the majority of them aren’t serious, they serve as a warning, a signal that your health could be at risk.

So, as soon as you notice a symptom, you should make an appointment with your doctor and request a check up for your vitamin K levels.

How to Treat and Prevent Cavities the 100% Natural Way
Cavities come from the breakdown of tooth tissue. It is permanent damage to the surface of your teeth that turns into small holes and black spots. So, you'll want to take necessary steps to prevent cavities from forming.  Read more »
Link copied!
Interesting Articles
Illnesses
Swimmer's Itch: Causes, Symptoms and Treatment