Risks, Side Effects, and Benefits of Sarsaparilla

Sarsaparilla is a plant known for its diverse medicinal applications. However, like with other herbal remedies, it's can also cause some side effects. Read this article to learn all about it! 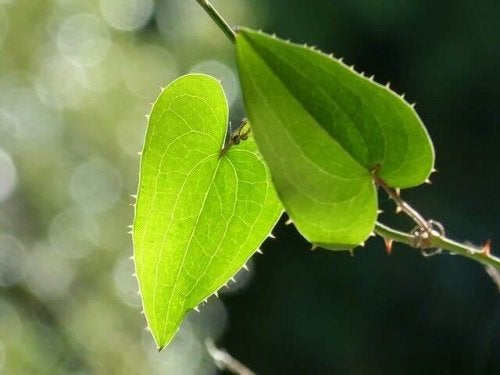 Sarsaparilla is a plant that’s known for its health benefits. It’s a climbing plant of the genus Smilax and can grow up to 15 meters (50 feet) tall. There are different species, but the ones most used for phytotherapy are the American ones, including: smilax ornata, smilax officinalis, smilax medica, smilax siphilitica, among others.

As detailed in a study published in the review Pharmacological Research, its extracts have shown anti-inflammatory and immunomodulatory activities. While its effects are still being studied, currently it’s used to make supplements. Do you know the benefits of sarsaparilla?

Researchers are still studying the benefits of sarsaparilla. However, according to some publications, like The Pharmacopoeia of the United States of America, many of the benefits that are attributed to it are a product of its vegetable chemical concentration, among which are triterpenes, sarsaparilloside, parillin, smitilbine, and phenolic compounds, among others.

However, it’s important to know that the studies of sarsaparilla in humans are not recent and aren’t enough to confirm its benefits. In any case, moderate use is safe for the majority of healthy adults and shouldn’t be a problem.

The important thing to keep in mind is that it’s not a first-line treatment against diseases and, therefore, you should still seek medical attention. Additionally, given the lack of evidence of its safety and effectiveness, the best thing is to use it carefully. Let’s take a closer look at what you can use it for.

For several decades, people have used sarsaparilla root as an adjuvant against psoriasis. In fact, this is one of the few effects of the plant that is backed up by evidence as you can see in this study published in International Immunopharmacology.

According to the research, one of the steroids in the plant, sarsoponin, is able to join with endotoxins that cause lesions in patients with this skin disease. Due to this, it could help alleviate the symptoms.

Read also: How to Deal with Psoriasis in Children

In the root structure of sarsaparilla there’s a flavonoid compound called astilbin. In fact, according to a study published in Evidence-Based Complementary and Alternative Medicine, this vegetable compound showed potential to reduce the inflammatory response in animals with induced arthritis.

While we need more studies to test those effects on humans, the findings are promising. Additionally, there’s anecdotal evidence that suggests that taking this supplement, either powdered or blended, can help against joint inflammation.

Sarsaparilla seems to have benefits against some sexually transmitted diseases, like syphilis. Although it doesn’t replace treatment with antibiotics and other medicines, it can be an adjuvant to inhibit the growth of bacteria.

In an article published in the journal Molecules, this plant had positive effects against six types of bacteria and one fungus. Its phenolic compounds were responsible for the effects.

In a study published in The Journal of Membrane Biology they found that this plant has protective effects on the liver. Thanks to its flavonoid compounds, taking it as a supplement can help optimize your liver functions. Additionally, it minimizes the negative effects caused by free radicals.

Risks and side effects of sarsaparilla

In spite of the lack of evidence, sarsaparilla is known for the benefits we mentioned. However, it’s important to know that in some cases it carries risks and side effects. Generally, healthy adults don’t have problems when they take supplements in a moderate way.

Nevertheless, we recommend you take care in case of:

To date, they haven’t established a safe dose of the supplement to ingest. The supplements can contain between 100 and 1,000 milligrams. It’s important not to not exceed that dose. While there’s no information about serious side effects, we know that an excess can cause stomach irritation.

Finally, it’s important to note that the United States Food and Drug Administration (FDA) hasn’t approved this type of remedy due to the lack of evidence around its safety and effectiveness. Therefore, you should use it in moderation, just as a complement to other treatments.