It's OK to use cotton swabs for cleaning outside of your ears. However, they're a no-no when you want to remove internal earwax blockage. This is because they could damage this delicate organ. 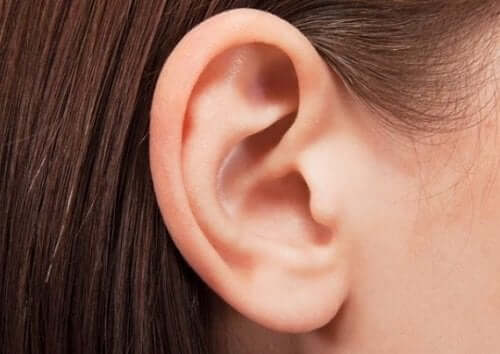 Ear problems can afflict anyone at any age and are due to many various factors. If you’re experiencing hearing problems, you might need to remove earwax blockage. In this article, we’ll take a look at the best way to do so without damaging this organ.

Earwax is a substance produced naturally and its function is to protect our ears from bacteria and other harmful agents. Also, ear wax is a natural lubricant for the external ear canal. However, it often accumulates and it leads to all sorts of discomfort such as irritation, fullness, dizziness, itching and even partial hearing loss.

Consequences of not removing earwax blockage

It’s important to be aware of the most common causes of ear discomfort due to earwax buildup. This is because it can lead to irritation when there’s a blockage inside the ear canal. This accumulation is often due to the use of cotton swabs, which merely compress it inside the ear.

The same can happen with the use of other pointy objects, such as hairpins, you may use for removing surface wax. As with swabs, these types of elements merely push the wax into the ear and lead to blockage. People who use earplugs or headphones are also at a higher risk of having an excessive accumulation of earwax.

Also read: What Does Ringing in the Ears Mean?

When there’s too much earwax in a person’s ears, they may display the following symptoms:

How to remove earwax blockage without damaging your ears

The following recommendations have a pattern in common. Basically, don’t introduce sharp elements in your ear canal. Cotton swabs were designed for the sole purpose of cleaning the superficial parts of ​​the ear, and not the inside.

Here are some better options.

Oily preparations, usually sold in pharmacies, are one of the safest and most effective remedies for removing ear wax. Due to the oily nature of the wax, these oil-based preparations can help dissolve the cap for subsequent extraction.

You may be interested: Seven uses you can give hydrogen peroxide as a natural remedy

Glycerin is a natural ingredient that can help soften the wax and facilitate its expulsion. You can purchase it in most drugstores.

Extra virgin olive oil is another great substance you can use to lubricate and loosen earwax to facilitate its removal.

These remedies can help you remove earwax plugs effectively. However, consult your doctor if the plug doesn’t dissolve entirely or if you experience new symptoms. Remember not to use any objects that will only lead to a greater accumulation of wax such as earplugs and earphones.

Ear Candling: A Natural Way to Clean Your Ears
Ear candling is an ancient remedy of uncertain origins used in traditional medicine. It's another example of how sometimes these remedies work better than modern treatment. Find out what ear candling is, what it's for, and how you can use it in your own home to clean and strengthen your ears gently and naturally. Read more »
Link copied!
Interesting Articles
Treatments
Pharmacological Treatment of Ear Infections