The Relationship Between Coffee and Hunger

There are facts that show that our hunger and appetite are controlled by complex systems and are affected by what we eat or drink (including coffee). Read below about what scientists found with the relationship between coffee and hunger. 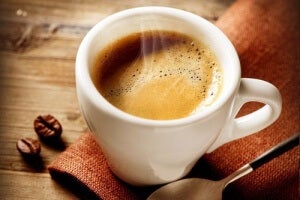 A group of researchers have wondered if drinking coffee makes us more or less hungry. Find out the relationship between coffee and hunger in the following article. The results will surprise you!

Coffee, the most popular drink

Facts show that our hunger and appetite are controlled by complex systems and are affected by what we eat or drink (including coffee). A group of scientists wanted to discover if the most popular drink in the world also has an impact on our hunger.

Many people use coffee to control their appetite. It’s true that coffee gives you a good amount of energy and makes you more alert. It even improves physical performance and suppresses appetite. So, it shows that coffee and hunger have a pretty clear relationship. However, there are studies that show that if you want to lose weight, it’s best to drink decaffeinated coffee. Don’t like decaf? Experts on the subject also state that in order to lose weight, it’s good to drink green tea extract.

Learn about different teas to help with weight loss: 5 Delicious Teas That Will Help You Lose Weight

Be careful to not drink too much coffee because it can influence your ability to rest when needed.

So, is coffee healthy? It depends. Not everyone metabolizes coffee in the same way. What you do have to know is that this drink modifies your neurotransmitters and hormones (especially cortisol and insulin). That is why coffee “wakes up” some people and puts others “to sleep”. This can change according to how much you drink, the time of day, your age, your physical build, etc.

Does coffee make you hungry?

There are three hormones in charge of hunger: ghrelin, leptin, and peptide YY. The first is secreted in the stomach, the second is synthesized in fat cells, and the third is found in the intestine.

Can coffee really help you lose weight? Researchers think they can be correlated because the caffeine modifies the production of each three hormones. The same thing happens with your mood. Have you ever noticed that when you are hungry, you get mad or short-tempered, but after you eat, you are happy? Remember the popular saying: “a full stomach makes for a happy heart.”

Also a great read: 5 Exercises to Practice to Control Our Emotions

Researchers have considered two hypotheses to find out what the relationship is between coffee and hunger:

A group of volunteers drank coffee and then explained their feelings for the next three hours. The conclusions they came to about the relationship between coffee and hunger are:

Perhaps the reason why coffee takes away hunger is that it can modify the satisfaction hormone.

It is worth mentioning that coffee has a lot of antioxidants, which are beneficial for your health. However, some of the components are negative for certain people, especially if they drink too much of it. If you are “trusting” caffeine to suppress your appetite, you should start to consider another option.

You can try drinking decaffeinated coffee and eating other healthier foods. For some people this is an apple, for others a cereal bar; some like bananas, and others go for a tomato.

Try to remember that there are other factors that make you hungry. For example, a deficient breakfast that doesn’t include fruits, dairy products, and grains can lead to more hunger. Also, when your stomach is used to eating at any time (snacking), when you’re bored or lacking motivation, having anxiety or stress, and when there hormonal or gland changes (pregnancy, menstrual period, thyroid problems)can all be causes of an increase in hunger.

You cannot expect coffee to be a magical solution for your appetite. If you don’t eat properly every day, it is more likely that your stomach asks for more and more food.

Foods With Satiating Effects
The satiating effects of different foods are related to the time of day you choose to eat them. If you eat some sort of food with satiating effects for breakfast, you'll feel full throughout the day. Read more »
Link copied!
Interesting Articles
Did you know?
Why Do We Have Armpit Hair?