The exact causes of primary biliary cholangitis are unknown and there is no absolute cure for the disease. However, there are medicines and surgeries available that can help an individual's outcome. 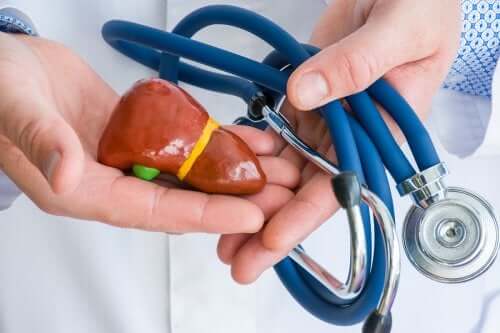 Primary biliary cholangitis is a chronic liver disease that destroys the bile ducts in the liver. The liver produces bile to rid the organ of toxins and waste, which then move to the gallbladder through the bile ducts.

In healthy bodies, this bile remains stored in the gallbladder while the body is fasting. Once you eat something, the gallbladder contracts and releases the bile to the digestive tube. However, with primary biliary cholangitis, this process is slowed or blocked.

Instead, the bile stays in the liver, damaging the organ and eventually disrupting the production of healthy liver cells. With this, scar tissue ends up covering the liver, a process known as liver cirrhosis.

Doctors still don’t know the reasons why primary biliary cholangitis happens. Nevertheless, the most solid hypothesis signals that it’s actually an autoimmune disease. In other words, the body’s immune system attacks your body and organs.

On the other hand, many scientists agree the disease is triggered by a combination of genetic and environmental factors. In either case, the T cells, a type of white blood cell, build up in the liver and, instead of fighting off germs and bacteria, they end up attacking healthy liver cells.

Slowly but surely, the healthy cells die and are replaced by scar tissue, which results in cirrhosis of the liver. When this happens, the liver stops functioning normally.

Indeed, primary biliary cholangitis primarily affects women between 30 and 60 years of age. Additionally, people of European descent and those with a family history of the disease are most at risk of contracting it. However, smoking, ingesting toxic substances, and having previous liver illnesses are all risk factors for primary biliary cholangitis.

More than 50% of people with primary biliary cholangitis don’t have symptoms. Normally, the disease is detected during a routine blood test or another medical exam. Individuals who do have symptoms of the disease typically have a less favorable prognosis.

Some of the symptoms of early-stage primary biliary cholangitis are itchiness of the skin, dry eyes and mouth, and fatigue. In more advanced stages of the disease, other symptoms appear, such as:

Primary biliary cholangitis progresses slowly and causes serious liver damage and other potential diseases, such as:

Currently, there’s no cure for primary biliary cholangitis. However, there are many medications that can help slow the advancement of the disease and prevent further complications. Likewise, the most common treatment for the disease is usually ursodeoxycholic acid or ursodiol.

Recently, other treatments like Obeticholic acid, sold as Ocaliva, fibrates, methotrexate, and colchicine have been green-lighted. All of these medicines have been shown to have a moderate effect on primary biliary cholangitis.

Finally, if medicine doesn’t prove to be successful, the only viable solution is a liver transplant, which is quite effective. Still, there have been reports of primary biliary cholangitis reappearing in the transplanted liver.

6 Diets that Help Care for Your Liver Health
Have you ever thought that the foods you eat can affect your liver? Take care of your liver health with your diet! Read on to discover how. Read more »
Link copied!
Interesting Articles
Illnesses
Risk Factors for Mouth Cancer