How to Prevent and Detect Ovarian Cysts in Time

Ovarian cysts generally appear in women between puberty and menopause. Learn how to detect ovarian cysts in this article. 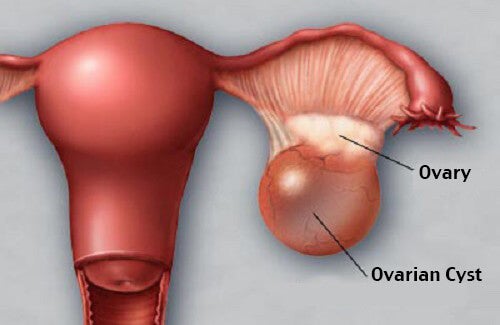 Even though they don’t pose any sort of health risk, it’s best to detect ovarian cysts early on to prevent any future complications.

What are ovarian cysts?

Ovarian cysts are small, liquid-filled bags that form inside or outside of a woman’s ovary.

They form when women are ovulating. During this time, a small follicle in one of the ovaries forms, which then breaks when the egg matures and is ready for fertilization.

After releasing the egg, the small sack or bag dissolves and disappears naturally. But if this doesn’t happen, or if the sack fills after the egg has been released, then it could become filled with water and increase in size. This leads to the formation of ovarian cysts.

A woman is at a higher risk of forming ovarian cysts if her menstrual cycles are irregular, she is undergoing fertility treatment, she has hormonal imbalances, or due to genetic factors.

How to detect ovarian cysts in time

Ovarian cysts generally don’t present any symptoms that could alarm a woman. However, there are a few cases in which some women can feel acute abdominal pain while doing certain activities.

When a cyst bleeds or bursts, it produces an intense pain that should be tended to immediately, as it could cause vaginal hemorrhages.

Another way to detect ovarian cysts is when a woman feels pain before beginning her menstrual cycle, or during sexual relations.

Other symptoms that could help detect ovarian cysts are:

If you have any of the previously mentioned symptoms, it’s best to consult a specialist for a pelvic exam that can confirm ovarian cysts.

If the doctor suspects this problem, he or she can confirm it by performing an ultrasound or an MRI. Blood tests can also determine if the cyst needs to be removed or not.

How to prevent ovarian cysts

To prevent the formation of ovarian cysts, you should keep certain recommendations in mind at home, which are easy to follow.

To prevent and treat ovarian cysts, it’s best to include more foods that are rich in fiber and water to reduce abdominal pressure.

It’s also recommended to include foods rich in vitamins and minerals, especially zinc, and vitamin B and C.

If you’re experiencing symptoms like pain or abdominal inflammation, it’s best to drink a chamomile, mint, or raspberry infusion. These infusions help prevent stress, provide a calming effect, and are perfect before going to bed.

One simple and healthy habit like drinking water, can prevent the formation of ovarian cysts as it keeps the body well hydrated. It’s recommended to drink at least 8 glasses of water a day.

Dandelion is known for its diuretic properties that promote liver purification and toxin elimination. It also helps improve hormonal balance.

Keeping this in mind, this tea is perfect for preventing and reducing the formation of ovarian cysts.

Exercising helps regulate the hormonal cycle, and helps prevent abdominal pain and the formation of cysts.

Exercise also keeps you healthy in every sense of the word. Women who do physical activity tend to have less menstrual irregularities.

Beets and Molasses: A Traditional Remedy for Ovarian Cysts
Thanks to the properties of its ingredients, this home remedy with beet and molasses can really help to combat ovarian cysts. Read more »
Link copied!
Interesting Articles
Illnesses
Do You Know about the Genetic Basis of Cancer?