Polycystic Ovary Syndrome Could Finally Have a Cure

After recent investigations, a possibility of curing polycystic ovary syndrome has been discovered. This scientific advance could be the cause of great joy for many women who suffer from this syndrome. 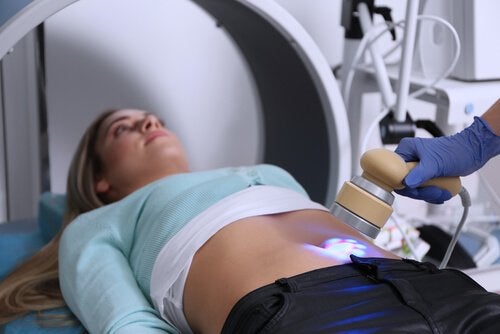 Did you know that one in five women suffers from polycystic ovary syndrome?

Women who suffer from this condition can also develop diabetes, problems with their metabolism, cardiovascular disease, and high blood pressure.

However, the most common discomfort and symptoms that appear come from the growth of the cysts, the fluid-filled cavities that form in the ovaries.

Polycystic ovarian syndrome is due to an increase in hormones called androgens. In addition, it comes from resistance to the hormone of insulin.

The high levels of androgens, which respond mainly to testosterone, are the culprits of unwanted hair on all parts of the body. In addition, they also cause more oily than normal skin or the appearance of pimples.

Meanwhile, insulin controls our levels of sugar or blood glucose, which generates more desire to eat when these levels are high. Therefore, these people tend to suffer from obesity and gain weight easily.

Women with mothers with this syndrome are more likely to suffer it in the future. Blood tests, a pelvic exam, or an ultrasound can be done to diagnose it.

Does Polycystic Ovary Syndrome have a cure?

Unfortunately, many sources claim that this ailment has no cure. Doctors simply tell you to take care of your diet and exercise. They may also recommend certain medications that can help to alleviate the symptoms. The most common recommendation is to take contraceptives to help regulate menstruation, male hormone levels, and keep acne at bay.

However, a study published by the journal Nature Medicine, which questions the fact that there may be a cure, has now been released.

What the Studies Say

A link has been found that connects the hormonal imbalance in the uterus and PCOS.

This new study found that the anti-Müllerian hormone (AMH) has a different impact on women who are pregnant with the syndrome and those who do not have polycystic ovarian syndrome.

The concentration of this hormone is 30% higher in women who do have it compared to those who do not have reproductive defects. However, they did tests in mice and found that the excess in AMH that was injected caused their offspring to develop polycystic ovary syndrome in adulthood.

This finding led researchers to focus on this particular hormone in order to find a cure for the condition.

The important news is this:

A cure was discovered in mice, so now they want to start pharmacological trials in women later this year.

Working for a Cure

This study is directed by Paolo Giacobini at the National Institute of Health and Medical Research in France.

In the study, they injected mice with polycystic ovaries with an IVF drug called cetrorelix. This caused the symptoms to disappear.

This could be great news for the millions of women who suffer this condition every day. In many cases, these woman must take contraceptive medication even if they do not want to be. In addition, if this disease is cured, these women could also increase their pregnancy rate.

Go to your general practitioner if you think you might have polycystic ovary syndrome. It’s important to take care of your health. If you have a question or concern, go to the doctor.