This Model Had Her Leg Amputated Because of a Tampon

Lauren Wasser was very unlucky to have had her leg amputated, but you can reduce your risk of getting Toxic Shock Syndrome by wearing tampons no longer than 4 hours and alternating with pads at least once a day. 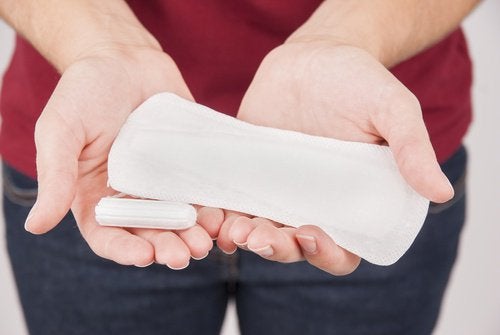 Tampons are one of the most popular feminine hygiene products today thanks to their ease of use and convenience for women during their time of the month. However, did you know that one model had to have her leg amputated because of a tampon?

However, there’s one warning that appears on every single box: the fact that tampons can cause Toxic Shock Syndrome (TSS). TSS is a type of bacterial infection that, while it doesn’t occur often, can be lethal if left untreated over time.

In one recent case of this disease, a highly successful American model named Lauren Wasser lost her leg due to its untimely development.

What is Toxic Shock Syndrome (TSS)?

This rare disease is one of the main risks of using tampons without proper precautions. Furthermore, it is caused by a kind of bacteria known as Staphylococcus aureus that’s found naturally in the skin, armpits, vagina, perineum, and pharynx. Infections can cause dangerous growth of this bacteria.

In fact, it’s estimated that a third of the world’s population has this bacteria present in their bodies, but without experiencing any adverse effects to their health.

The problems begin when the virus this bacteria inhabits is altered, and it particularly proliferates in warm environments. When this happens, it can release toxins that negatively affect the body.

Such an environment is created by the use of absorbent tampons that concentrate fluids in one location for a long time, favoring bacterial growth.

This is a very real risk, and that’s why there have been numerous campaigns against the manufacturers of tampons. In fact, all brands of feminine hygiene products carry a warning label, but it’s often in very small print that few people take the time to read.

By ignoring the disease and its symptoms, the bacteria run rampant in the body while the victim isn’t aware of what’s happening and may not act before it’s too late.

That’s what happened to Lauren Wasser. After suffering the horrible consequences of Toxic Shock Syndrome, she wishes to share her story with all women. She hopes her story will help women be more cautious when using these products.

In Lauren’s case, her sad story began on October 3, 2012, when she began to feel weak and as though she had the flu. Coincidentally at that time she also had her period and was using her regular tampons, which she always preferred for their convenience while working.

She had already had her periods for 11 years, and tampons were always her first choice for feminine hygiene, making her feel safe and secure during “that time” of the month.

As is common among almost all women, once Lauren reached a certain age her mother explained how to use tampons.

Her mother taught her how the applicators worked, and of course, she mentioned that they had to be changed every three to four hours. Wearing them longer than that posed a serious health risk.

The day her infection started Lauren had changed her tampons at the correct times like always, remembering her mother’s words. However, that night she went to a birthday party and during that time, her flu-like symptoms worsened.

She tried to appear normal, but she was struggling to remain standing and everyone said to her: you look terrible. When she couldn’t bear it anymore, she laid down on a bed and closed her eyes. All she wanted to do was sleep.

That same evening, Lauren didn’t go to the hospital and eventually went to bed after mentioning to her mother that all she wanted was more sleep.

The next morning, her concerned mother had a friend and a police officer visit her daughter. There, they found the model on the floor of her room.

Lauren Had to Have Her Leg Amputated Due to TSS

Her survival is now considered a miracle. The doctors said she arrived at the hospital with only 10 minutes left to live. Her fever was well over 100° F and her organs had failed. They feared she had had a heart attack.

Later, the medics were miraculously able to save her life. However, medical professional diagnosed Lauren with Toxic Shock Syndrome and to everyone’s dismay, her infection had caused gangrene and she would have to have her leg amputated.

After she had her leg amputated, Lauren felt like her life was over, that nothing else had meaning. However, she eventually managed to recover and realize that she still had far to go in life. This realization gave her the strength to fight to raise awareness about this disease.

Her lawyer encouraged her to fight the manufacturer of tampons that she used (Kotex Natural Balance). Their argument was that the company provided too little information about the risks that tampons pose.

Now after three years, she has recovered and returned to work with the support of those who still believe in her.

In her most recent photo shoot, she decided to show the world the result of her tragic story for the first time. Lauren posed for a full body shot that displayed her prosthetic limb.

Lastly, it’s important to note that you should never go to bed with a tampon in. Even if you don’t sleep for more than 8 hours, it’s still very risky.

8 Things About Your Period You Probably Don’t Know
Here are eight things about your period that you might not have known about and are definitely worth finding out about! Keep reading. Read more »
Link copied!
Interesting Articles
Did you know?
New Year's Traditions Around the World